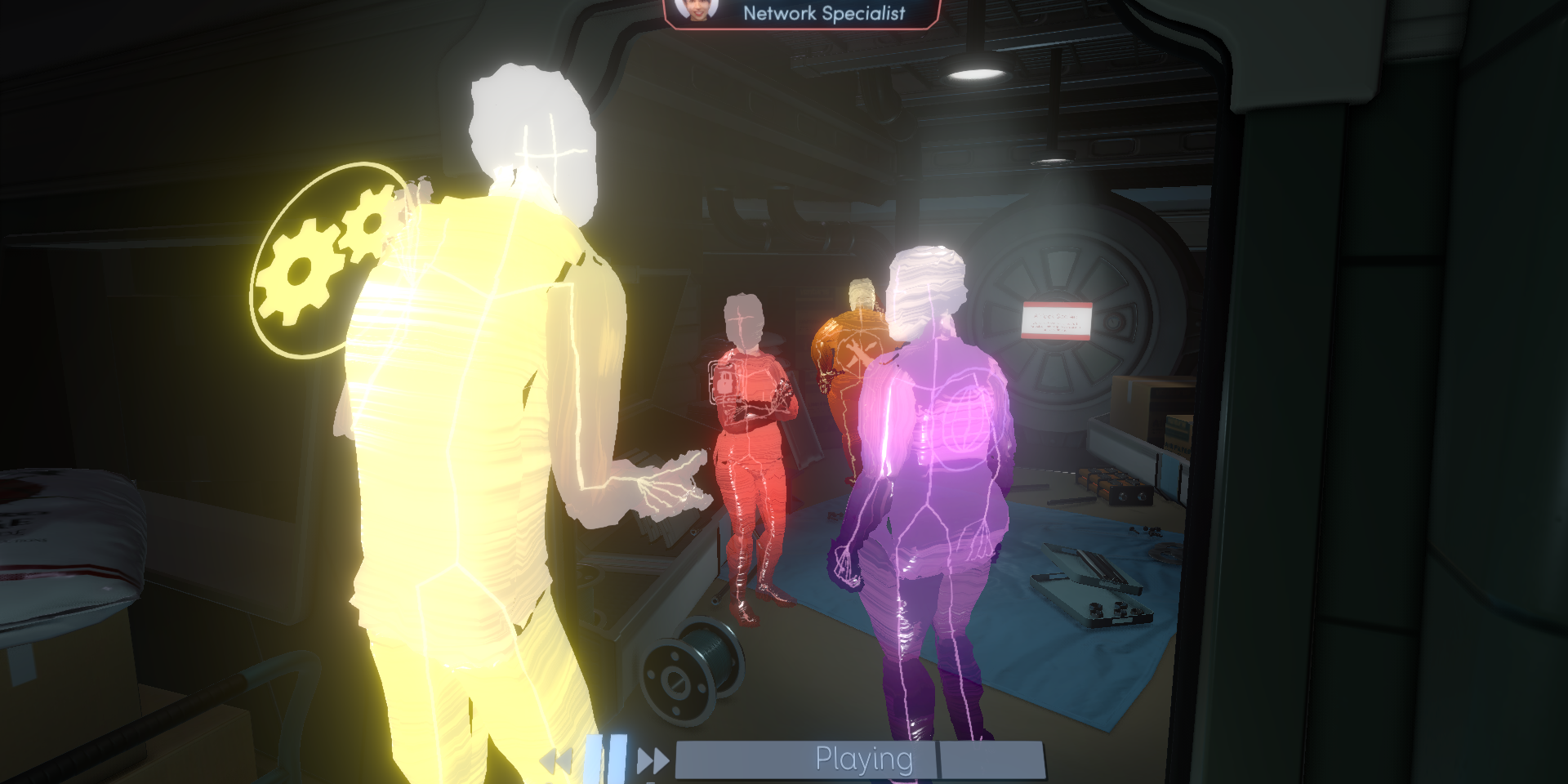 It’s best to play Tacoma knowing absolutely nothing about it. Therefore, I encourage you to skip reading this review and just go play the game. Like developer Fullbright’s previous adventure, Gone Home, the fun of Tacoma is in slowly unraveling its story through exploration and light adventure gaming. Playing it is like curling up with an engrossing book that you don’t want to end. In short: It’s fun, affordable at $19.99, and available on Steam, GOG.com, and Xbox One.

Still here? Okay, let’s do this. Tacoma casts you as Amy Ferrier, a contract technician, who is sent to the derelict space station Tacoma to retrieve the station’s AI, ODIN, by its corporate owner. In boarding, you’re only told that the crew has been evacuated, but not how or why. The story is pieced together by watching fragments of AI data, viewable as ghostly interactions between the crew, which you can pause, rewind, and forward at any time. To get the full, rich backstory, you’ll need to pause and rewind the data to move between simultaneously occurring conversations and events, read through emails and notes, and dig into the personal lives of Tacoma’s six diverse crewmembers.

Tacoma is light on actual gameplay, and as noted by one of the creators, it’s possible to complete the game by simply standing around and waiting for the data transfers to finish. But the far more enjoyable (though much shorter) method of finishing Tacoma is to explore each of the station’s compartments and slowly uncover what happened to it and how (or if) the crew managed to escape.

While pausing and rewinding interactions in order to catch every detail is refreshing, the adventure game elements are pretty basic. Four-number passwords are always written down somewhere, and you’ll find a couple of keys to unlock drawers and doors. Where Tacoma shines is in its storytelling, though — told in bits and pieces, gleaned from scribbled notes and text messages — that lays the foundation for a possible future in which morally nebulous corporations demand loyalty from education to retirement, and artificial intelligence seeks sentient rights. Once I got lost in the plot, I had to uncover everything — the experience is that immersive.

A big part of Tacoma’s success is due to the nuanced and convincing acting performances of the crewmembers. Their delivery is so subtle and natural that I felt like I was actually eavesdropping on real conversations, which added to the emotional investment that I felt for each of the characters — a feat given Tacoma’s relatively short play time of around three hours.

If Tacoma has a noticeable fault, it’s that the storytelling device of visiting multiple compartments to find new data fragments becomes repetitive. That said, it fits the narrative well and the gameplay is short, preventing a little redundancy from becoming laborious.

‘Tacoma’ Review: An Engrossing Odyssey in Space
The makers of 'Gone Home' deliver another near-masterpiece.
8.5
Great
(Visited 96 times, 1 visits today)
Share this post
Share with FacebookShare with TwitterShare with PinterestShare with Google+Share with LinkedIn