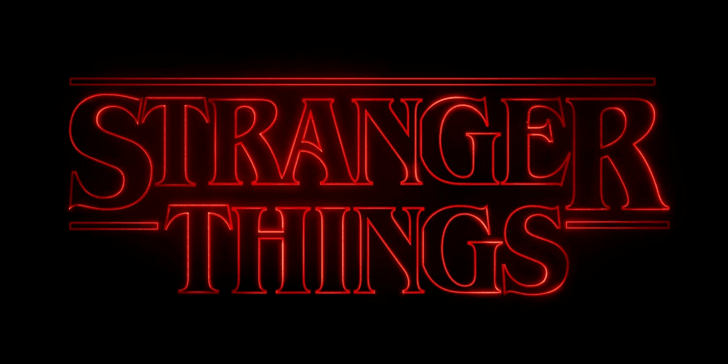 After two ground-breaking seasons that have made stars of the likes of Millie Bobby Brown and David Harbour, the much-anticipated third season of Stranger Things landed on Netflix on Independence Day. But with many critics saying that season two was just a rehash of the first season, would a new run have anything novel to say? And if it did turn out to be different, would it still be Stranger Things? It’s a fine line that the Duffer Brothers had to tread, but they have walked it in some style.

Before the Duffer Brothers came along, we all thought that ‘creatures from the Upside Down’ meant bouncy kangaroos, cute koalas and sleek Australian racehorses. Now, for two seasons, we have been terrified by towering Demogorgons with multiple legs, Mind Flayers that can get inside your head and vicious demon dogs that can tear you limb-from-limb. So, what could they come up with for season three that was more disturbing and challenging than that? It’s simple—the sheer terror of relationships with the opposite sex!
Season three backs off on the monsters in the early episodes to give the characters we have come to know and love room to breathe. Although the young cast have grown up fighting unimaginable horrors, they are no more prepared for the frightening world of dating than the rest of us. And they’re not alone, as Jim Hopper discovers when he tries to woo Winona Ryder’s Joyce Byers. It doesn’t matter if you are a telekinetic youngster or a tough local police chief, the course of true love never runs smooth.

A brighter side of Hawkins

The fun of puberty and fumbling later-life relationships are just one of the ways that the new season takes a lighter, brighter tone than the previous two. Instead of scrambling around in the dark like the previous runs, season three is set in the bright sunlight of summer break. The clothes are more colourful, the attitudes are lighter and more fun, and even the local outdoor swimming pool is featured heavily, as muscle-bound Billy struts his stuff as a lifeguard to Hawkins’ desperate housewives. Add in large quantities of ice cream served up by Steve Harrington at Scoops Ahoy, and you have the perfect setting for a summer adventure.
No one is lighter or brighter in season three than Eleven, as she emerges from under Chief Hopper’s protective wing to explore the joys of mall shopping and garish 1980’s fashion. It’s a real joy to see her discover her style as she forges a friendship with Max, who teaches her about clothes, boys and all the other important things in a young girl’s life. The boys are growing up, too, with the pursuit of girls suddenly way more interesting than playing Dungeons and Dragons in the basement—for everyone except Will, that is.

The big bad is back

Of course, this ideal world of summer sun and dating fun can’t last; this is Hawkins, Indiana after all, and life is never that simple. The gentle pace of the early episodes is soon replaced by something much more sinister, as their carefree days of E.T.-style cycling around in the sunshine come to an abrupt end. The hairs standing up on the back of young Will’s neck signal the presence of the Mind Flayer that previously possessed him, and once again it is up to the gang to send him back to the Upside Down.
But this is no rerun of the first two battles. This time there is a whole new enemy involved to add to the nightmares. In true 80’s style, it is sinister Russians who are at the heart of the drama engulfing Hawkins, as Dustin’s ham radio picks up strange foreign broadcasts.

Hanging at the mall

The shiny, new Starcourt Mall is the centre of the action for much of the season, and the set was created in incredible 80s detail. From the spandex-clad exercise classes to the multiplex cinema showing Back to the Future, this is a pure nostalgia fest, but it also goes way beyond set dressing. Look out for the zombie classic, Day of the Dead, also showing at the cinema, foreshadowing the deadly events that will ultimately take place amongst the neon signs and GAP store fashions.

The arrival of the mall also brings us a nasty new character in the form of corrupt mayor, Larry Kline. His indifference to the plight of local businesses, which are struggling to compete with the new shopping centre, sets him at odds with Hopper in ways that don’t end well. Unfortunately, his character falls into the stereotype hole that the rest of the show has done so well to climb out of. And while the rest of the cast have been allowed to grow so well beyond their caricature roles of nerd, tomboy, jock and outsider, this feels like a misstep in the show’s development.

If you’re worried that all of this character development will get in the way of the action, then do not fear. It’s no coincidence that the show is set in the lead up to Independence Day, and there are plenty of fireworks, both real and metaphoric, to come in the climax. But be warned—while Stranger Things has gotten bolder in allowing its characters to develop, it has also grown audacious enough to lose one or two of them along the way. And the better you get to know the cast, the greater the impact the climactic events have on you, leaving most viewers in tears by the end.

They say that it is better to have loved and lost than never to have loved at all, and this has never been truer than with Stranger Things Season 3. With more confident writing, a cast that have fully settled into their roles, and imaginative new sets and situations—all combined with the classic elements of sci-fi and horror that have made the show such a success in the past— Stranger Things just goes from strength to strength. And the good news is, according to executive producer, Shawn Levy, we’re definitely getting four seasons, and there’s very much the possibility of a fifth. Things can only get stranger!