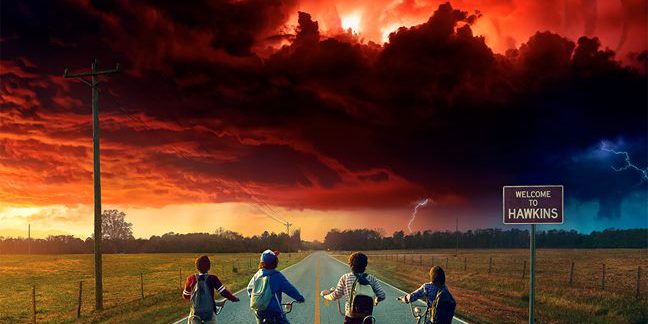 Stranger Things fans, be ready for another trip to the Upside Down! Netflix has officially announced the definitive release date for Season 2 of the hit series. Stranger Things Volume 2 is set to debut on the streaming service on Friday, October 27 of this year. Break out the waffles and the chocolate pudding!

After the critical success of the show’s first season, a second season was practically a guarantee. Speculation ran rampant until Netflix confirmed the sequel season at the end of August last year. Details are still limited, but what we know for certain so far is that season 2 will take place one year after the events of the first, and continue the show’s homage to classic 80’s pop culture and films. The season will explore Will’s post-traumatic stress after his abduction, which was the driving force of the entire first volume. Millie Bobbie Brown is confirmed to return as Eleven, with more expansion on her backstory as well, so expect a mushy reunion between her and Mike (hopefully). Elsewhere, Jim Hopper is keeping busy quashing the rumors that have run rampant throughout Hawkins about exactly what happened to Will Byers, the boy who came back to life.

Meanwhile, back at Hawkins lab, the late(?) Dr. Brenner has been replaced by the relatively unknown Dr. Owens, who insists that everything is fine – you know, besides the portal to another dimension in the basement. While fan rumors have run rampant at Dr. Brenner’s off-screen demise in the jaws of the Demogorgon, actor Matthew Modine has merely teased about the evil doctor’s return. Other additional cast members new to the series include Paul Reiser, Will Chase, Brett Gelman, and Sean Astin of The Goonies and Lord of the Rings fame as Bob, Joyce’s new boyfriend.

Stranger Things Season 2‘s 8-episode lineup will launch on Netflix on October 27th, just in time for Halloween. Meanwhile, you can check out the teaser below (if you haven’t watched it a dozen times already.)