25 Stranger Things Facts That Will Shock You! 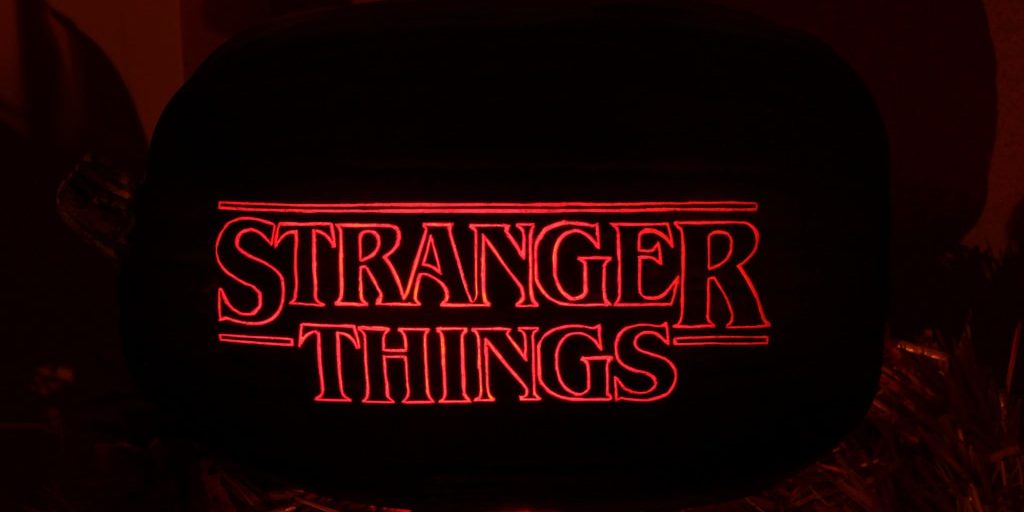 Although season 3 is still months away from being released, here are some interesting facts about Stranger Things that will surprise you!

1) The series was originally called “Montauk” while it was in development. Montauk a small New York beach town where the government allegedly conducted secret experiments on kids to develop psychological warfare techniques. The Duffer Brothers shelved the idea once they realized it was too difficult to film there in the winter.

2) Netflix ordered season one of Stranger Things within 24 hours of hearing the pitch. The streaming giant didn’t waste any time in snapping up the series once they heard the idea because they knew it had massive potential.

3) Before approaching Netflix, 15 other networks rejected the series and didn’t think an adult show about children would work. The networks suggested sticking to either an adult plot line or kid plot line but the directors would not compromise.

4) The Duffer brothers wanted to direct the 2017 remake of IT but were turned down due to lack of experience. This lead to them creating their own series that was strongly influenced by the work of Stephen King.

5) Finn Wolfhard caught the acting bug from his father, who is an aspiring screenwriter. Finn claimed in an interview, a big reason he got into acting was to help sell his scripts. Due to his rapid rise to fame, I wouldn’t be surprised if Finn stared in one of his fathers scripts.

6) The male child actors auditioned by reenacting scenes from Stand by Me. Approximately 900 boys and 300 girls applied for roles on the show but none of the applicants were given any information on the real plot for the series.

7) Caleb McLaughlin and Gaten Matarazzo knew each other before getting casted to the show. Caleb and Gaten both acted on Broadway, Caleb played Young Simba in the Lion King and Gaten featured in Les Miserables as Gavroche.

8) During the filming of season two, Gaten’s voice changed so much they were unable to use him for additional dialogue once the production finished. That’s a real shame as Justin is everyone’s favourite character!

9) Gaten Matarazzo was cast purely because of his audition tape. The directors were taken back by the young kids natural talent they wrote his condition into the script. It’s well-known, Gaten suffers from a rare genetic disorder, cleidocranial dysplasia. The condition has affected the growth of Matarazzo’s teeth and bones.

10) The demogorgon has been around since 1976 and is an actual monster from Dungeons and Dragons. It’s a demon lord from the abyss and is also known as the ‘Prince of Demons’. The Duffer brothers have a 30 page document about their demogorgon’s realm, answering all questions to satisfy fans.

11) The look of the Upside Down was heavily influenced by the Silent Hill video game, so not every influence was from the 1980’s! The spores floating through the air in the Upside Down are made by some guy off-camera flapping them into a fan.

12) David Harbour decided to go method for his role as chief Jim Hopper by isolating himself from the children. He stayed away from the kids to uphold his gruff, intimidating demeanor. Eventually, his soft side came through, though. While Harbour was watching the part where Hopper saves Will, he actually started crying completely forgetting it was him on screen.

13) Wiona Ryder was Harbours crush back in high school when her movies Beetlejuice and Heater’s came out.

14) Despite Ryders acting experience she was not very TV savvy. She had no clue what streaming was when she was approached about doing a Netflix show and she’s never done a television series before. Joyces character was completely different before Wiona Ryder was cast. They toned down the character to match Ryder which worked out well!

15) At a New Years Eve party during production, Charlie Heaton who plays Jonathan Byers accidently leaned into a candle in the bathroom and singed off the front of his hair. The production team had to give Heaton extensions for three months while it grew back.

16) Another hidden secret of Heaton’s performance is that he’s British. Similarly to Millie Bobby Brown, he covers it up for the role. However, pronouncing the word ‘Nancy’ was particularly challenging and caused him to slip back into his old accent.

17) The directors were impressed with Joe Keerys likable personality, that they changed Steve Harrington’s character ark. Originally Steve was disliked by fans in the earlier episodes because of his behavior and was hanging out with the wrong crowd. The Duffer brothers added more depth to his character, allowing Steve to show off his sensitive side.

18) Shortly after all the kids were cast, they started a group chat called “Strangers Text”, where they used to communicate over the summer before the production began. By the time they got on set, they were already best buds!

19) Millie Bobby Brown got her first big break in the 2014 TV show, the Intruders. The Duffer brothers hadn’t seen it but their role model Stephen King did and gave her a glowing review on Twitter.

20) In season one, Eleven only spoke 246 words. That’s an average of just 30 words per episode, many of which are repeated words like “no” and “papa”. Bizarrely, the directors wanted her performance to resemble E.T.

21) Millie Bobby Brown was inspired to shave her head after seeing Charlize Theron play Furiosa in Mad Max: Fury Road and made a big statement in the process. Millie decided to follow her lead and commit to the bald, bad ass aesthetic.

22) Barbara was Shannon Pursers first ever role and had to quit her day job at a movie theater because fans kept visiting her there. Shannon got nominated for an Emmy nomination for an outstanding guest actress for her short cameo.

23) The show’s prop budget was $220,000 but when you’re producing a sci-fi series that money vanishes quickly. The crew ended up getting most of the props off eBay or at flea markets to keep costs down.

24) Believe it or not, Elevens wig cost an astonishing $8,000! Millie would often rip it off and end up losing it somewhere.

25) An average of 8.8 million people watched the second season within three days. 361,000 devoted Stranger Things fans watched the full season in under 24 hours.

If you have anymore weird Stranger Things related facts, please leave them in the comment section!