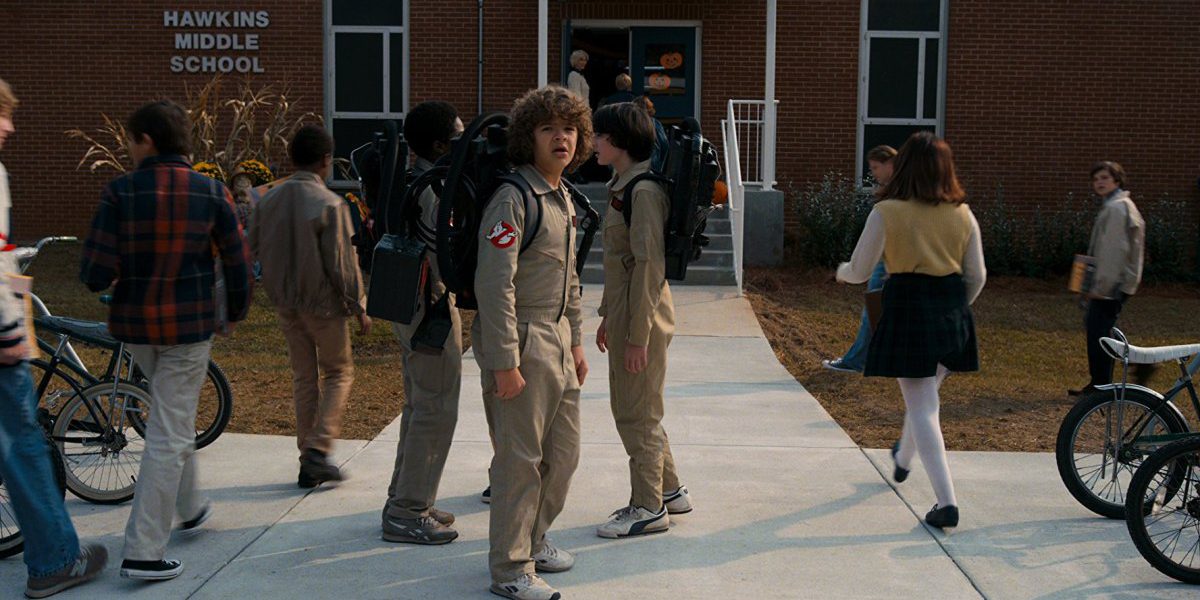 Stranger Things 2’s second episode, Trick or Treat, Freak, starts off with Eleven having flashbacks of being at Hawkins Middle School after she used all of her powers to destroy the monster, and herself. Eleven was sent back into the Upside Down and was unconscious because she discovered a portal back into the real world.

We get a look at how Eleven went from destroying the Demogorgon to staying with Hopper, and what happened to the rest of the cast after last season’s finale. Eleven makes her way out of the upside-down after disappearing from the classroom, which brings her back to Mike’s house.

Inside, Mike is being questioned by the police about where Eleven is located. “I don’t know where she is. And even if I did. I’d never tell you. I would never tell you,” he said.

On Halloween morning, Eleven dresses up as a ghost and scares Hopper while he’s cooking breakfast. Eleven thinks it’s a clever way for her to go trick-or-treating without getting caught by the “bad men.”

Hopper compromises with Eleven and says that he’ll get home early on Halloween night so they can eat candy, get fat, and watch scary movies. Of course, he forgets that he supposed to be home by 5:15 to eat candy with Eleven, and by the time he get’s home, it’s too late.

The boys dress up as the Ghostbusters on Halloween. Once they get to school they realize that they’re the only ones who dressed up in costumes. Dustin and Lucas get the courage to invite MadMax to go trick-or-treating. Question is: will she show up?

Will is getting ready to go trick-or-treating with his friends, of course, his mom is being overprotective before he heads out. “Listen, stay close to your brother. And if you get a bad feeling or anything, you tell him to take you straight home. You promise,” says Joyce.

Rude teenagers cause Will to have another episode, where the spider monster comes back to haunt him. Will runs away as fast he can, finds a hiding spot, and Mike saves him.

Meanwhile, Nancy is feeling like everyone has forgotten about Barbara. Nancy wants to tell Barbara’s parents about what really happened, but Steve convinces her to “act like a normal stupid teenager.” That night, Steve and Nancy head to Tina’s Halloween Party. Nancy gets drunk enough to call Steve out on his bulls–t.

“You’re pretending like everything’s okay. You know, like we did… like we didn’t kill Barb. Like, it’s great. Like, we’re in love and we’re partying. Yeah, let’s party, huh? Party. We’re partying,” says Nancy. Steve leaves drunk Nancy behind at the party. Jonathan is at the Halloween party, so he makes sure Nancy gets home safe.