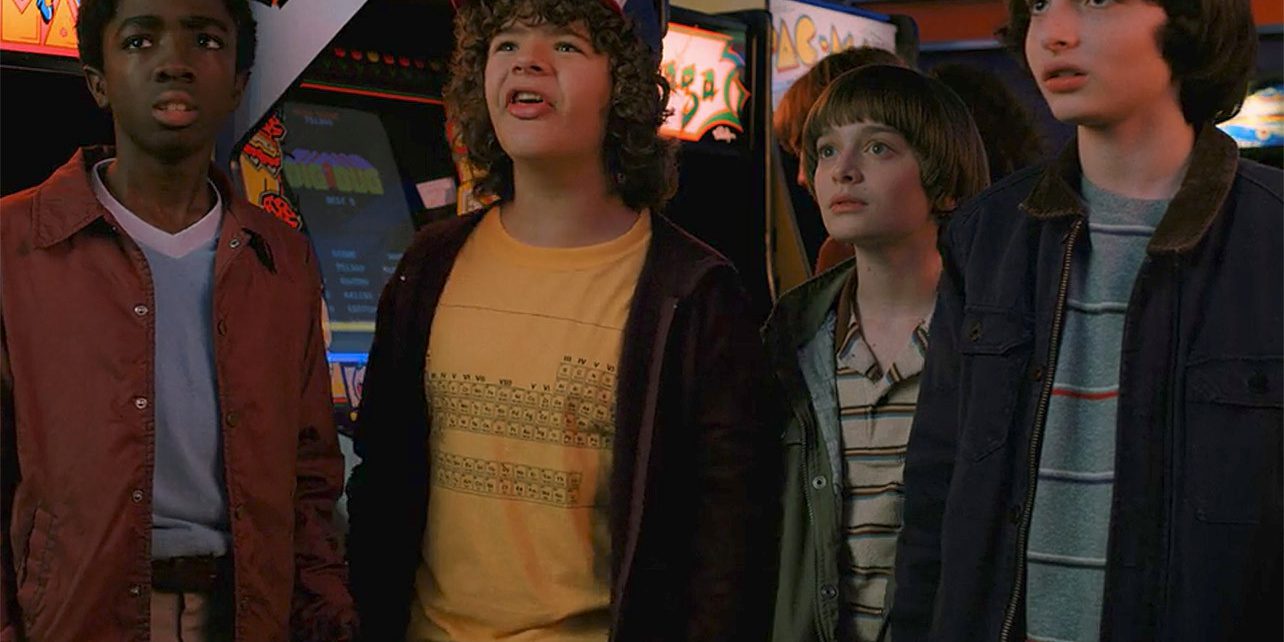 Stranger Things 2, a Netflix Original, is now available to watch on the streaming service.

Stranger Things 2: Episode. 1, MADMAX, starts off in Pennsylvania, with a group of teenage punks leading police on a chase down 7th Street. A woman in the van closes her eyes and clenches her fists. The police almost have the young thieves, but the bridge collapses, allowing them to escape the cops.

Panting, Adams opens the car and falls to his knees. Adams looks up and realizes the bridge that collapsed… never collapsed. Just like Eleven, the woman’s nose starts bleeding, and we see a “008” tattoo on her wrist. Who is 008?

We’re finally back in Hawkins, Indiana. Stranger Things 2 takes place in 1984, a year after the events that took place during the first season. The boys scrounge up enough money and go to their local arcade. Joyce (Winona Ryder) gives Will a lecture about staying safe, before heading into the arcade.

Inside the arcade, Dustin playing Dragon’s Lair. “No! No! No! I hate this overpriced bullshit. Whatever. I’m still tops on Centipede and Dig Dug,” says Dustin.

“You sure about that?,” says Keith (Matty Cardarople).

“Sure about what? You’re kidding me. No, no, no,” says Dustin. He notices that MADMAX, a new player, now has the highest score on Centipede and Dig Dug. Keith is willing to give Dustin information on who MADMAX is, but want’s a date with Sadie Sink in exchange.

While the boys are arguing, Will sees a storm is happening outside. Before he knows it, everything disappears around him, and he finds himself in the middle of the storm. Mike goes outside to check on Will and everything goes back to normal, for now.

Joyce finds out about what happened so now Will has an appointment with Dr. Owens (Paul Reisder). Owens tells Joyce and Hopper that things are going to get worse before they get better. He says Will’s been having bad memories because it’s the anniversary of his disappearance. Dr. Owens wants Joyce to trust him but she feels Owens might be hiding something. Hopper instructs Joyce to call him first if he has any other bad memories.