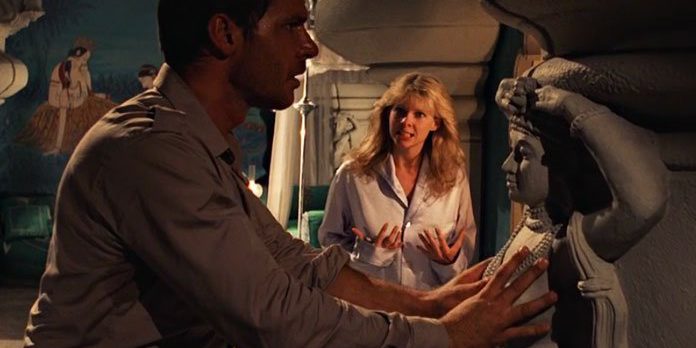 There is something of a debate over which is the best Indiana Jones movie. Many will opt for Raiders of the Lost Ark, because they are smart, sensible people, but others champion Indiana Jones and the Last Crusade, which is also a fine movie in its own right. However, there is generally less of a debate about what the worst movie starring Harrison Ford as the wisecracking, whip-cracking archaeologist is. Basically everybody thinks Indiana Jones and the Kingdom of the Crystal Skull is trash, fridge nuking and all. There is at least one man, though, who has a differing opinion. That man just so happens to be Steven Spielberg himself.

Spielberg is, of course, one of the most-successful and beloved directors of all time. More germane to this conversation, he’s the director of all four Indiana Jones films. Personally, he feels that Indiana Jones and the Temple of Doom, the 1984 film that is the second of the series, is the worst. To be fair, Spielberg has been down on the movie for years. Even back in 1989 he said, “I wasn’t happy with the second film at all. It was too dark, too subterranean, and much too horrific. I thought it out-poltered Poltergeist. There’s not an ounce of my own personal feeling in Temple Of Doom.”

Those feelings evidently haven’t changed over the years, or with the addition of Crystal Skull into the canon. Spielberg is the subject of an upcoming documentary being directed by Susan Lacy. Lacy was recently interviewed by The New York Daily News where she confirmed that, yes, Spielberg still hates Temple of Doom. Maybe we will hear some more about that in the documentary when it airs October 7.