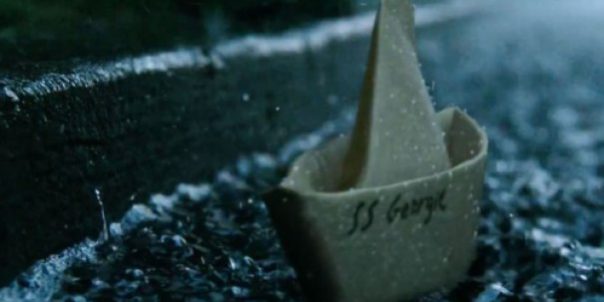 A creepy new trailer has been released for Stephen King’s It movie which hits theaters September 8.

In the trailer for It, released earlier this week, shows Stephen King’s horrifying clown Pennywise reaching out of a sewer to give a kid his lost paper boat.

“You don’t even know the monsters are getting closer until it’s too late,” says a young boy. “Here take it,” says Pennywise.

There will be two movies based on It. The first one follows a group of children dealing with the creepy clown, Pennywise. While the second movie will follow the same characters, but as adults, having to deal with Pennywise.

The new trailer for It shows scenes we’ve already seen, but also new content from Stephen King’s movie. This includes the various tragedies that have taken place in the town, along with adults not being able to acknowledge the strange things are happening.

It hits theaters on September 8.