A ‘Star Wars’ VR Experience Is Coming To Disney Resorts 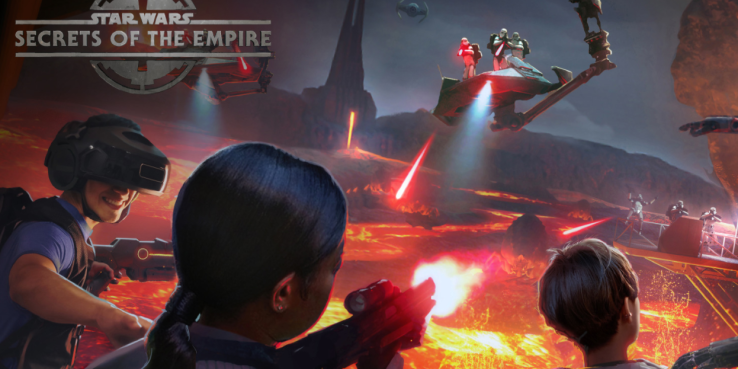 Disney is integrating Star Wars more and more into at their parks, because they aren’t stupid and they want to make a ton of money. That’s why they are planning on creating a full Star Wars land. However, their plans go beyond that, and into the world of virtual reality. Virtual reality startup The Void is partnering with Lucasfilm to bring a Star Wars-branded experience to a couple Disney resorts.

The experience is called Star Wars: Secrets of the Empire, and it will be coming to both Disneyland and Disney World. While there are a few places trying to turn virtual reality into an actual, viable thing, The Void is championing their Star Wars experience as “hyper-reality.” They try to integrate their virtual reality hardware and software with the physical space so that users can “touch” environmental objects from the experience. Many of us have never experienced virtual reality, let alone “hyper-reality,” but eventually you will be able to head to Disneyland or Disney World to see what it’s all about.

The Void previously made a Ghostbusters-branded experience, which is available in Utah, New York, Canad, and Dubai. There is not much known about Secrets of the Empire, other than it is a thing that is going to exist, but the promotional image does feature a guy in a VR headset holding a gun, so it seems likely you will be involved in some sort of gun battle in the Star Wars universe. The Star Wars-ification of Disney continues apace.