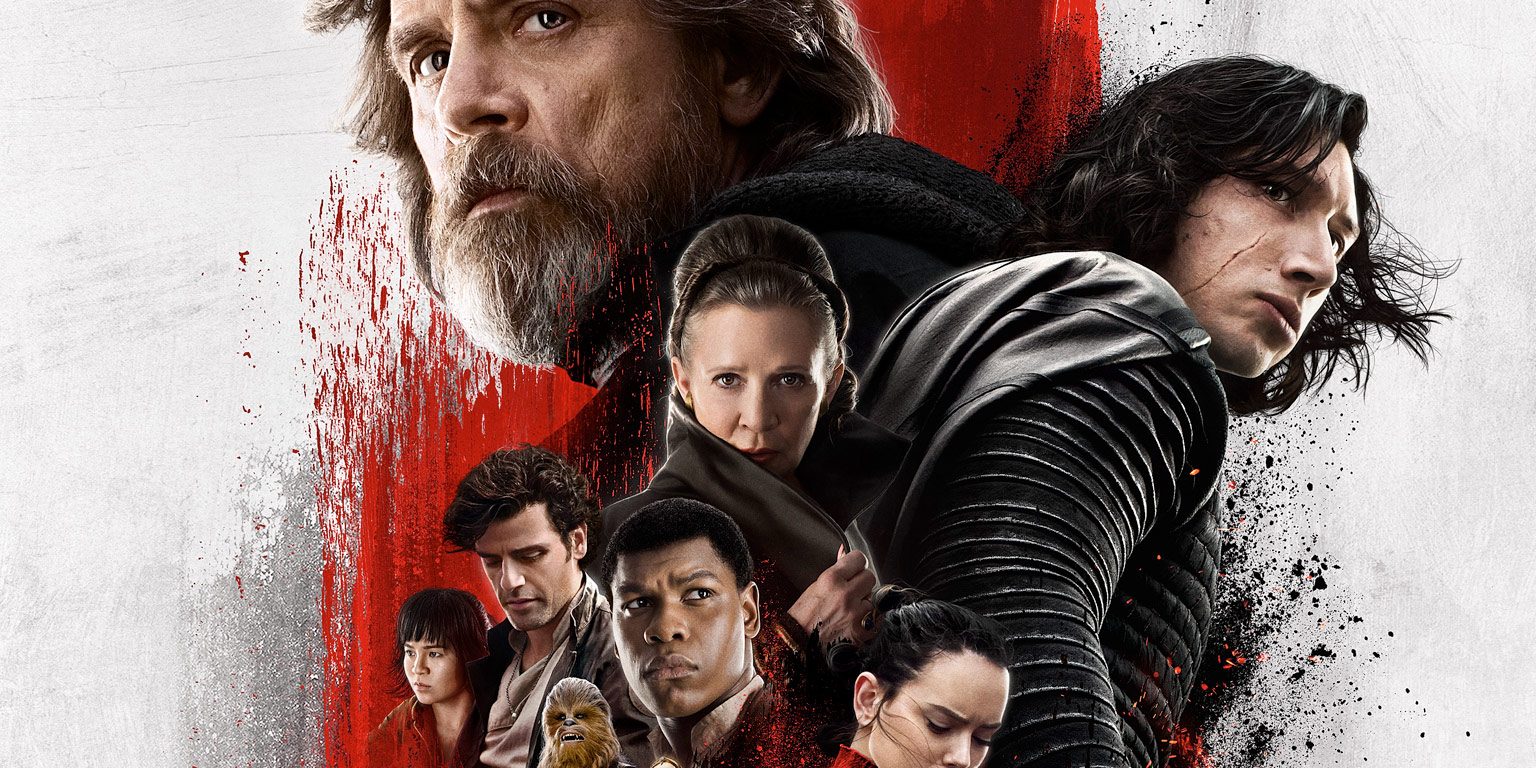 Forty years after the premier of the original Star Wars, the series is showing signs of maturity in Star Wars: The Last Jedi. It only makes sense: Kids who saw the original back in 1977 are now in their 40s and 50s, and the world-view of good versus evil, light versus dark isn’t as binary as when we’re kids. Star Wars: The Last Jedi, written and directed with loving respect to the franchise by Rian Johnson, subverts the expectations of a fanbase weaned on the pale blue milk of the Force with one of the most thoughtful, yet action-packed entries in the series.

To be up front about it, I wasn’t a big fan of the first chapter in the newest trilogy, 2015’s Star Wars: The Force Awakens. For me, it was too derivative of the original story — fresh-faced young hero, roguish pilot, and budding Jedi Knight take on a new Death Star — and hit almost every predictable note. Rey (Daisy Ridley) is sensitive to the Force, but doesn’t know who her parents are. Darth Vader wannabe Kylo Ren (Adam Driver) knows who his parents are — Han Solo and former-Princess-now-General Leia (the late Carrie Fisher) — but is loyal to the Dark Side and a Palpatine-like figure, Supreme Leader Snoke (Andy Serkis). Ex-Stormtrooper Finn (John Boyega) and cocky rebel pilot Poe Damron (Oscar Isaac) are the unlikely and likely hero archetypes. The Force Awakens ultimately felt a bit hollow; it served up adequate fan service with the re-introduction of classic characters, but didn’t veer far from the familiar formula.

Picking up where The Force Awakens left off, Star Wars: The Last Jedi immediately plays with your preconceptions and tackles some of its predecessor’s biggest flaws. Rey has gone to the remote planet Ahch-To to find the missing Luke Skywalker (Mark Hamill) — the last Jedi of the title — to plead for him to help the Resistance against the militaristic First Order. (Basically the Rebels versus the Empire, just with different names.) His reaction is far from that of the eager young Boy Scout of his youth; he’s seen what untamed raw power in the Force is capable of and isn’t so eager to rejoin the fight. The Dark and Light Sides of the Force — that mystical energy that surrounds and binds the galaxy — have given way to shades of grey.

Meanwhile, the Resistance — led by Fisher’s General Organa — is on the run from the First Order. With its fuel reserves depleting, the Resistance is outmanned and outgunned — to the point where the drawn-out chase between the two becomes unrealistic, tiresome, and the weakest part of the film. And yes, there are schematics to be found and infiltration to be done. Some things never change.

Make no mistake: The Last Jedi shares beats with the second film in the original trilogy, Star Wars: The Empire Strikes Back. The fledgling Padawan yearns to be trained in the ways of the Jedi and the Resistance is on the ropes. But unlike the The Force Awakens and its by-the-numbers approach to Star Wars tropes, The Last Jedi builds on the material, offering a fresh perspective on the entire franchise.

The crux of The Last Jedi rests on the interplay between Luke, Rey, and Kylo Ren. If you were disappointed with the mere cameo by Luke Skywalker at the end of The Force Awakens, then you’ll be satisfied with the screen time given the character here. Hamill has never been better — his embittered, weathered Skywalker shows the pain of disillusionment, and yet there’s a brief scene, when Luke encounters an old friend, that his face lights up and Hamill becomes the Luke we first met 40 years ago. It’s pure magic, and far less hokey than Han’s “we’re home!” scene from The Force Awakens.

Rey continues to seek answers about her lineage, and Kylo Ren — who communicates to her across the expanse of space via ForceTime ™ — hopes to lure her to the Dark Side just as she hopes to turn him to the Light Side. Rey’s earnestness clashes with Kylo’s selfish petulance and hissy fits; he’s not so much evil as he is a dick — just like his dear old granddaddy Vader. Their tête-à-têtes blur the lines of their relationship — are they enemies? Siblings? Love interests? None of the above? Sometimes, as Sigmund Freud put it, a cigar is just a cigar. Or in this case, a lightsaber is just a lightsaber.

As with Hayden Christesen’s turn as Anakin Skywalker, Adam Driver’s performance as his grandson and fellow Jedi-gone-bad Kylo Ren always seemed lightweight to me. (Whininess must run in the blood of Skywalker men along with midichlorians.) He brings no real menace to being the heir-apparent to Darth Vader — however, that may be the point. Even Snoke demands that he remove his ridiculous mask, laying bare that Kylo is a boy playing dress-up — as much a cosplayer as Vader-helmeted Star Wars fans at Comic-Con. But his lack of gravitas also makes him easy to underestimate. In effect, Kylo Ren is the Kim Jong-Un of the Star Wars universe.

Though Mark Hamill has said in interviews that the next film in the trilogy was originally intended to spotlight Carrie Fisher’s character of General Organa, Fisher (who died last December) is given a fine send-off in The Last Jedi. Fisher has some of her best moments in the entire franchise here, and the action even answers questions about Leia’s proficiency with the Force. It’s nearly impossible to forget Fisher’s passing while watching the movie — in fact, it gives new meaning to scenes that were already shot — and yet, her mere presence dominates the screen. I can’t help but think that she would be proud of her work in the film.

At its core, The Last Jedi is a Star Wars flick, and it ably delivers on the big stuff — there are tons of space battles, weird aliens, and some great — but never enough — light saber fights. Sometimes the comic relief veers too far into Spaceballs territory, as when Poe teases First Order General Hux (Domhnall Gleeson) by pretending not to hear him during ship-to-ship communications. (It plays less like Han Solo playfulness and more like a Seth McFarlane gag on The Orville.)

There are also a few annoyances. Major new characters are given unceremonious, and sometimes unsatisfying, ends, and wonder-droid BB-8 proves itself to be more of a deux ex machina master than its predecessor, R2-D2 — somehow capturing and tying up an entire squad of First Order soldiers off-screen and fixing just about any device at the very last possible moment.

But aside from some silliness, Star Wars: The Last Jedi delivers the deepest, most layered experience of any film in the Skywalker saga to date. It isn’t afraid to question what we thought we knew about the Star Wars universe, the Jedi, or even what it means to be a hero. Just like its first fans, Star Wars has grown up.