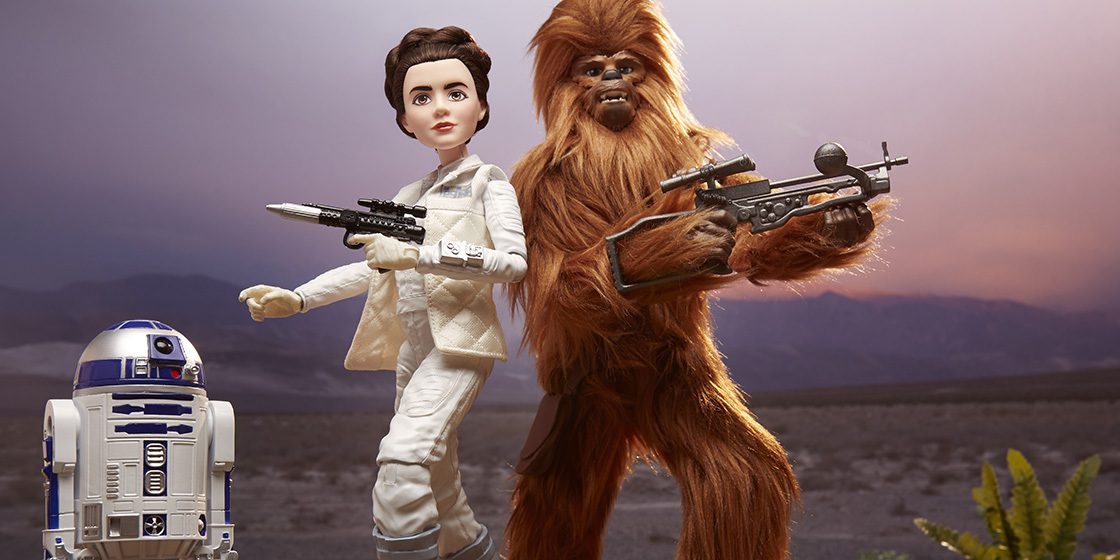 Last month Disney launched Star Wars: Forces of Destiny, a micro-animated series spanning all eras in the Star Wars universe. Consisting of 16, 2-3 minute episodes, the show–which airs on Disney’s YouTube channel–focuses on strong female characters from a galaxy far, far away, including Princess Leia, Rey, Ahsoka Tano, Jyn Erso, Sabine Wren, Padmé Amidala, and other heroic icons. Beginning today, fans of the series can further feel the Force via an accompanying line of merchandise, from T-shirts and toys to books and a fresh roll-out of collectible action figures.

Like the Leia and R2-D2 figure set–based on their appearance in Beasts of Echo Base–some of the goods are directly tied to specific series’ episodes, while other items, such as inspirational T-shirts, are more standalone tributes to iconic characters. While the line’s aimed at a younger, female audience, there’s no doubt hardcore Star Wars collectors will be adding all these cool figs to their collections.