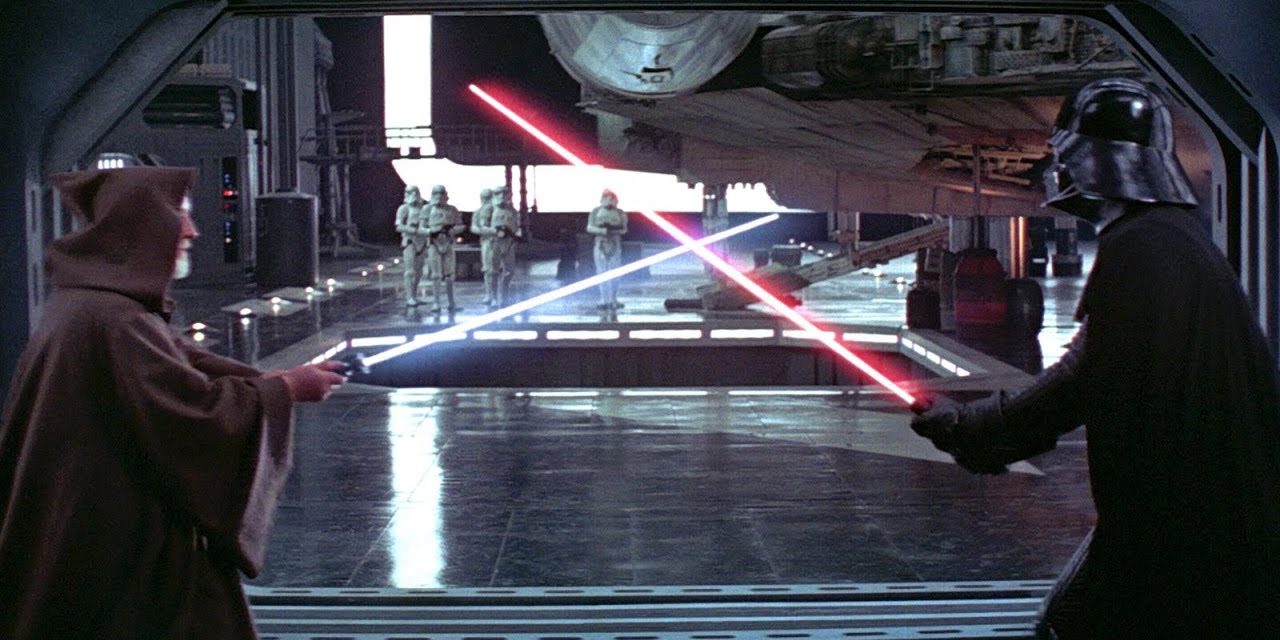 Have you ever wondered what the original Star Wars might look like if it had been made today? YouTuber FXitinPost wondered that, too, and reimagined the iconic lightsaber battle between Darth Vader and Obi-Wan Kenobi with modern editing techniques. The result, a teaser trailer that FXitinPost says will be expanded into a full scene in 2018, pumps up the drama of the confrontation and speeds up the battle sequence.

By today’s standards, the original fight was slow-paced. Darth Vader and Obi-Wan simply appear facing each other in a hallway, unsheathe their respective lightsabers, and then whack them about a bit. They didn’t jump into the air or perform acrobatics (Kenobi’s Alec Guinness was in his early 60s during filming), and film editing in the 1970s tended to be more, um, leisurely paced than it is now. That said, it’s still one of the most thrilling sequences in Star Wars: Episode IV – A New Hope — check out how it originally appeared here:

In FXitinPost’s 46-second reimagining of the scene, the fan editor recut the final confrontation between Obi-Wan Kenobi and Darth Vader to be more dramatic and faster paced. Vader appears more menacing, and the fight itself becomes more brutal as Obi-Wan defends himself from a deluge of lightsaber swings. FXitinPost says the teaser, called “Scene 38 Reimagined,” is for a project on which they’re supervising the visual effects.

If you can’t wait until next year to see what the final scene will look like, another YouTuber has given us a sneak peek. World’s Finest YTP combined and re-cut the original sequence from Star Wars and FXitinPost’s clip into a nearly two-minute scene, which you can also check out below.

Coincidentally, the Special Edition of the original trilogy was released in 1997, 20 years after Star Wars debuted in theaters, adding new scenes and CG effects (including an ill-advised fake-looking appearance by Jabba the Hutt). Now that it’s another 20 years later, is it time for another refresh to the original trilogy, maybe with a new edit? Let us know your thoughts in the comments below.