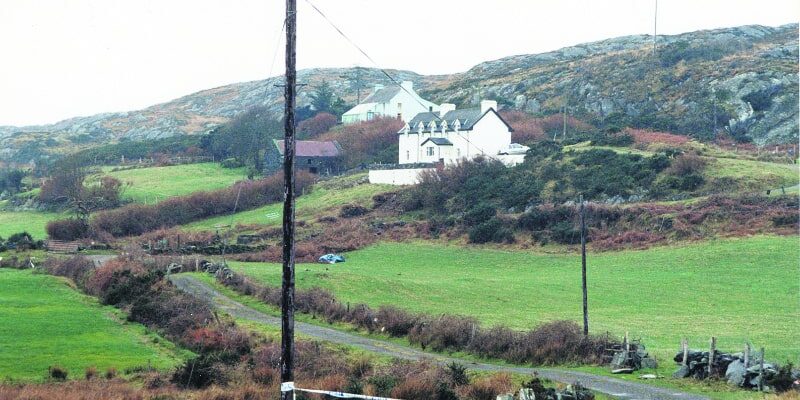 Episode one has pacing issues that won’t keep you fully invested, advice I got from a friend that recommended the show was just to power through because it gets better. The series isn’t boring, it’s just not well paced and not well put together but episode 2 and 3 really heats up. The documentary does have a few twists and there’s a lot of information thrown at you from all different angles. With that said there are a few main talking points I want to cover.

The murder victim in this case was Sophie Toscan Du Plantier. The documentary betrayed Sophie as a kind gentle woman who enjoyed peace and quiet. Maybe that’s why she gravitated toward the town of Schull, she had a vacation home that she used for getaways and holidays. Many residents interviewed describe Schull as a very welcoming town to non-locals or blowins as they were seen as back then. A kind of safe haven for people considered outsiders by the rest of society.

Sophie’s murder took place in 1996 and quickly became international news. The Gardai began investigating her murder as the whole town of Scull tried to comprehend the reality of what had happened. Investigators quickly turned their attention to Ian Bailey. Bailey was a former British journalist who was also residing in Schull and was now the main suspect. A witness claimed she spotted him acting hysterical on the night of the murder at Kealfadda bridge which is near Sophie’s house. Bailey protested his innocence to Gardai under investigation however in the following months more substantial evidence came forward.

Fellow residents claimed this evidence came in the form of strange erratic behavior along with extreme emotional distress when discussing Sophie and her murder. In addition, on two occasions Bailey gave two unprovoked confessions. This would all become crucial evidence to investigators as all physical evidence was unusable due to incompetence from the local Gardai. The lack of physical evidence in this case made Bailey’s confessions and erratic behavior all the more important to investigators’ efforts. Bailey, when confronted about his erratic behavior, denies he ever acted in such a way and when confronted about his confessions he tries to write it off as having a dark sense of humor.

Ian Bailey goes on to sue over the fact that he was implicated in this murder and his name has been forever tarnished and will always be associated with the murder of Sophie. Similar to other murder cases, the victim often gets lost in the chaos and the main spotlight is then shot upon the suspect. The problem is cases are often messy and go on for years, things get drawn out and suspects find a way to wriggle out of things and make it more about another thing rather than the murder.

This happened in this case, Ian Bailey sued over the tarnishing of his name, this in turn threw up a roadblock in the investigation and took people’s focus away from the murder. I just found it sad for her family who just wanted some justice and they weren’t going to get it.

Overall I thought it was very biased towards Ian Bailey as a murderer and I realized he was the prime suspect in the murder case but they really used all their resources to make him as unlikable on camera as possible. In my opinion, he came across as unlikable and arrogant which didn’t go down well with the Gardai. Our perception of events are always going to be affected by the tone of the storyteller and in a Murder in West Cork there was an element of bias. There are parts where he came across as intelligent and passionate about poetry and other parts where he came across as arrogant and full of himself.

Overall I enjoyed watching a Murder in West Cork, it was an interesting watch and if you have an interest in true crime I would highly recommend it. The documentary also includes the fallout of the investigation and what happens after Ian Bailey is investigated as a suspect.