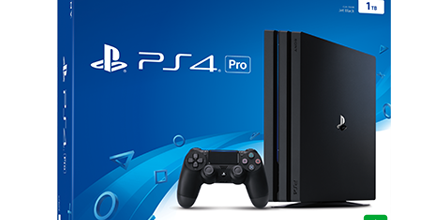 According to a new report, Sony could continue its dominance over Microsoft’s Xbox One if news of a PS4 Pro price drop is true.

After Microsoft revealed its Xbox One X––previously known as Scorpio––would retail for $499, a post from the app Blind claims that Sony will drop the price of its PS4 Pro to a very affordable $349, a whole $150 cheaper than Microsoft’s high-end console.

The posting on the Blind app claims the news “will be announced on stage during the Sony press briefing at E3.” With Sony’s PS4 Pro already doing well in sales, a price drop of that amount could be a major blow to Microsoft.

During a June interview with Polygon, Sony Interactive Entertainment America President Shawn Layden said, “Six months in… almost one in five PS4s sold is a Pro.” While it may not seem like a huge number, Sony added that almost 40 percent of the people who purchase PS4 Pro are existing PS4 owners, showing that users are willing to upgrade their consoles.