Sonic the Hedgehog Turns 26: How to Celebrate 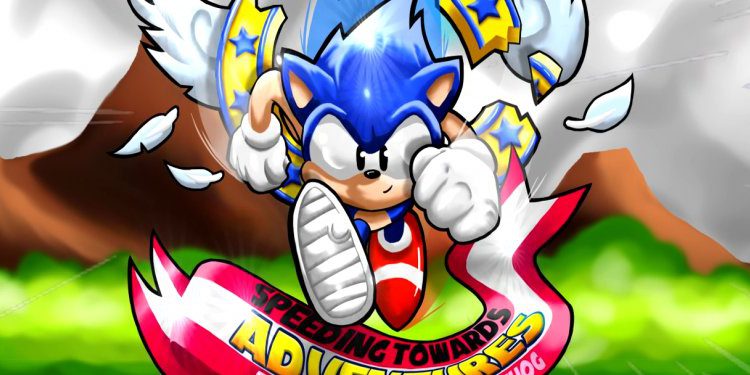 If Sonic the Hedgehog were living in the real world, he’d be old enough to vote, drink, and rent a car. If that’s not enough to make you feel old, he’d also be lamenting the fact that all of his fun birthdays have already passed.

While, thankfully, we’re still about four years short of celebrating his Dirty Thirty, that doesn’t mean we can’t party it up for the blue hedgehog’s 26th birthday. He’s come a long way since June 23, 1991, with multiple installments in the Sonic the Hedgehog video game series, a few animation adaptations, and the longest-running comic based off of a video game as recognized by the Guinness Book of World Records – which is a much more impressive resume than most 26-year-olds have.

So given all that popularity, it’s not surprising that gaming sites around the world are commemorating the occasion, with Sega’s website, naturally, celebrating with a variety of Sonic-themed swag, but most notably is Japanese company Anippon’s commemorative red slip-ons reminiscent of Sonic’s signature red kicks. The slick red shoes go up to size 10.5 in men’s and will set you back ¥6500 or around $58.

But if your shoe size is a 10.5 upwards, there are plenty of other birthday celebrations to be part of. OverClocked Remix has released its 62nd free community arrangement album, Speeding Towards Adventure, which includes features 20 tracks arranged by 27 artists and spans Sonic’s entire 26-year career (lots of 20s going on here). The album perfectly captures the original brilliance of the game series’ familiar score, and is available for free download, or you can simply stream it through SoundCloud. It makes for a great driving soundtrack, as long as you remember that Sonic can get away with speeding, but you likely can’t.

If your idea of celebrating Sonic’s 26-year streak involves actual gameplay, don’t forget that Sega has recently released the original game for mobile via Sega Forever just a few days ago – coincidence? Probably, but I’d also like to think of it as a fitting tribute to one of the most popular game series of all time.