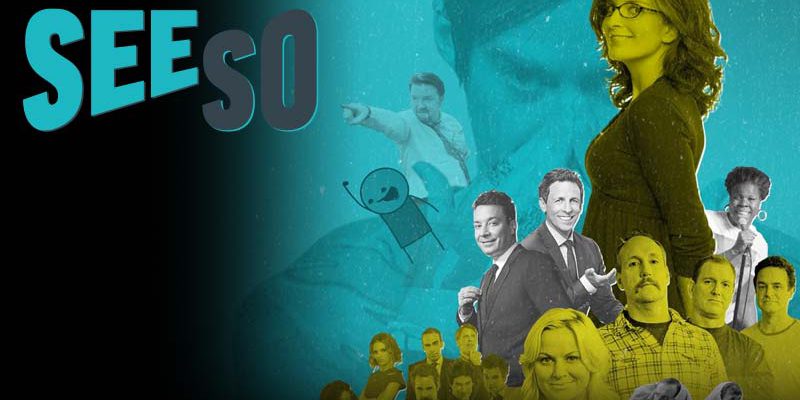 NBCUniversal and Comcast’s fledgling streaming service Seeso will officially be shutting down its virtual doors. The company announced on its Facebook page that services will wrap up by the end of the year.

Seeso made its name as a streaming service that focused primarily on comedy. It was a vault of popular comedy titles, including classic episodes of Saturday Night Live, The Tonight Show Starring Jimmy Fallon, The Office (UK), Parks and Recreation, and Monty Python. and original shows from comedians like Hidden America with Jonah Ray and Dan Harmon’s HarmonQuest. These shows, along with other originals My Brother, My Brother and Me and The Cyanide and Happiness Show are confirmed to be moving over to VRV, a streaming service that draws together channels like Funimation, Machinima, and Crunchyroll. Nothing has yet been confirmed about Seeso’s other titles, such as Cameron Esposito’s Take My Wife, or the reality-satire Bajillion Dollar Propertie$.

There’s…Johnny!, Seeso’s latest original series starring Tony Danza, Ian Nelson and Jane Levy, about two workers behind the scenes of The Tonight Show with Johnny Carson, was set to air later this month, but is now postponed to a later, as-of-yet undisclosed date. The show was conceived by David Steven Simon about 17 years ago, and was created by Simon and Paul Reiser, but Seeso is still keen to get the seven already-produced episodes on air.

Seeso’s closure was ultimately inevitable – the service has been in trouble since the middle of the year. The departure of chief Evan Shapiro in May set off a chain that resulted in massive layoffs and redistribution of employees, with the company promising to “reevaluate” its business strategy. But even with NBCU digital enterprises president Maggie Suniewick taking over for Shapiro, Seeso will wrap up its services permanently by the end of the year.

Many of Seeso’s titles can be found streaming over at VRV.