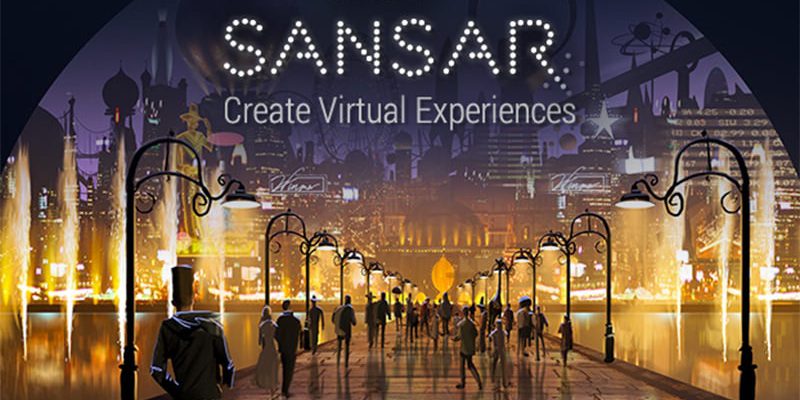 Linden Lab has officially opened the creator beta for Sansar, it’s social VR, to the public. The company behind Second Life has built the new virtual reality platform with the main aim of enabling users to create their own immersive 3D social experiences.

Users will be able to develop, share, and eventually sell their creations, which will be available on HTC Vive, Oculus Rift, and Windows PCs. According to Patty360.com, the platform will allow users to bypass the usual cost and complexity of VR to allow complete freedom and control, with intuitive tools and cross-device distribution. Creators were invited to the platform during a brief, limited preview in order to create and publish their own works, demonstrating the power and accessibility of Sansar, to create the Atlas directory. The directory offers hundreds of VR experiences, including the recreation of historic sites and landmarks, museums, temples, public spaces, and much more, to inspire new users with the detailed social capability of the platform.

Sansar’s capabilities include an intuitive drag-and-drop editing interface, to allow users to create whatever they like from assets either imported from common modeling tools or purchased from the Sansar Store. The ros-Device Distribution means that multiple users can access the same scene, using either VR head-mounted displays (HMDs) or PC desktop mode. The scenes each have a unique link that can be shared across social media platforms, blogs, and email, with up to 35 users able to access it at the same time. Automated instancing allows creators to expand to an unlimited audience.

Users and creators can also make detailed, customizable avatars for full social interaction without the need for additional hardware. Simply speaking into their HDM microphone or audio headset will access the Speech Graphics technology that allows accurate, real-time lip-syncing and facial animations.

Sansar also creates a new market opportunity for those who custom-create VR experiences and assets, by allowing them to sell, rent, or charge for access to their creations. The Store already has thousands of items created by those who had early access for sale, for inspiration or to help get projects off of the ground. Thanks to TurboSquid the Store also includes hundreds of high-quality 3D models.

Best of all, Sansar is free to use, although if you’re looking for more space or customer support, paid subscriptions start at $9.99/month.

Sansar is now available in beta.