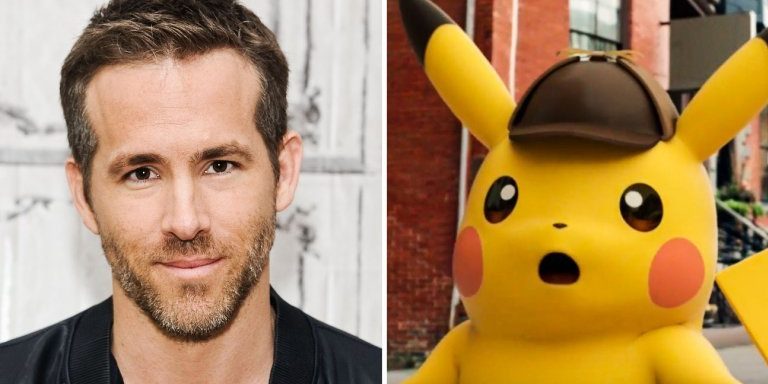 The upcoming live-action Pokémon movie, Detective Pikachu, has cast its Pikachu and…well, you might want to sit down for this. According to an exclusive report from The Hollywood Reporter, the preternaturally popular Ryan Reynolds (yeah, THAT Ryan Reynolds) will be playing the role of the adorable, rosy-cheeked Pikachu — who, as the title suggests, is also a detective.

Pokémon fans, I’ll just let this sink in for a moment as the internal screaming echoes around your cranium.

First, let’s put your mind at ease. This version of Pikachu won’t suddenly have rippling abs (I assume), nor will you get lost in Reynolds’ trademark smirk and puppy dog eyes. Sources say that Reynolds will be doing motion capture for Pikachu’s movements and providing the li’l electric monster’s voice. Of course, the worst case scenario is that Reynolds will wear a CG Pikachu costume similar to the one he sported in the ill-advised Green Lantern movie, but I’m sure director Rob Letterman (Goosebumps) knows better.

Detective Pikachu will be about a peculiar kind of Pikachu (yes, there’s more than one), in that he talks normally and fashions himself as a private investigator complete with a Sherlock Holmes-style deerstalker cap. This version of Pikachu starred in last year’s Great Detective Pikachu for 3DS, which saw the titular detective team up with a boy named Tim to solve mysteries involving Pokémon.

Reynolds will be joining young actor Justice Smith (Jurassic World :Fallen Kingdom), who will play the role of Tim, and Big Little Lies actress Kathryn Newton in the film. Production company Legendary Entertainment is being secretive about casting and plot details, but has revealed that the story will team Tim up with Detective Pikachu to find Tim’s kidnapped father. Newton will play a sassy journalist who helps them out.

Detective Pikachu doesn’t have a release date yet, but is set to begin filming mid-January 2018 in London. Meanwhile, you can get your Ryan Reynolds fix earlier when Deadpool 2 opens June 1 2018.