Ron Howard Will Step In To Finish The Han Solo Movie 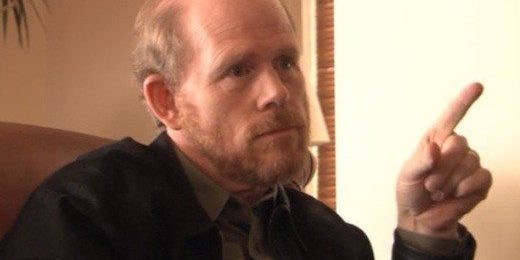 There was a great disturbance in the force recently when Phil Lord and Chris Miller were fired as directors of the upcoming Han Solo standalone movie. Variety initially reported that Lord and Miller’s directing style was not liked by Lucasfilm president Kathleen Kennedy, but The Hollywood Reporter is saying that the issue began with screenwriter Lawrence Kasdan. Whatever the reason, the key takeaway is that the Han Solo movie needed a new director, and now it seems to have one. Ron Howard will reportedly step behind the camera to finish the movie.

This is a particularly unusual situation, as Lord and Miller had been shooting since January. There is only three-and-a-half more weeks left on the shooting schedule, plus five weeks of reshoots. That means Howard not only has to step into an awkward situation, but he won’t have a ton of time to put his mark on the film.

Then again, Howard never really puts his mark on a movie. While the veteran director has a lengthy pedigree, and has gotten some awards acclaim, his work as a director is very workmanlike. He’s a professional, but his movies lack dynamism, or anything that clearly marks them as a “Ron Howard film.”

However, Lord and Miller got fired because they are fun and loose, and Howard is a pro who won’t rock the boat. He’s the exact milquetoast choice that the folks at Lucasfilm seem to be looking for to finish off the Han Solo movie.