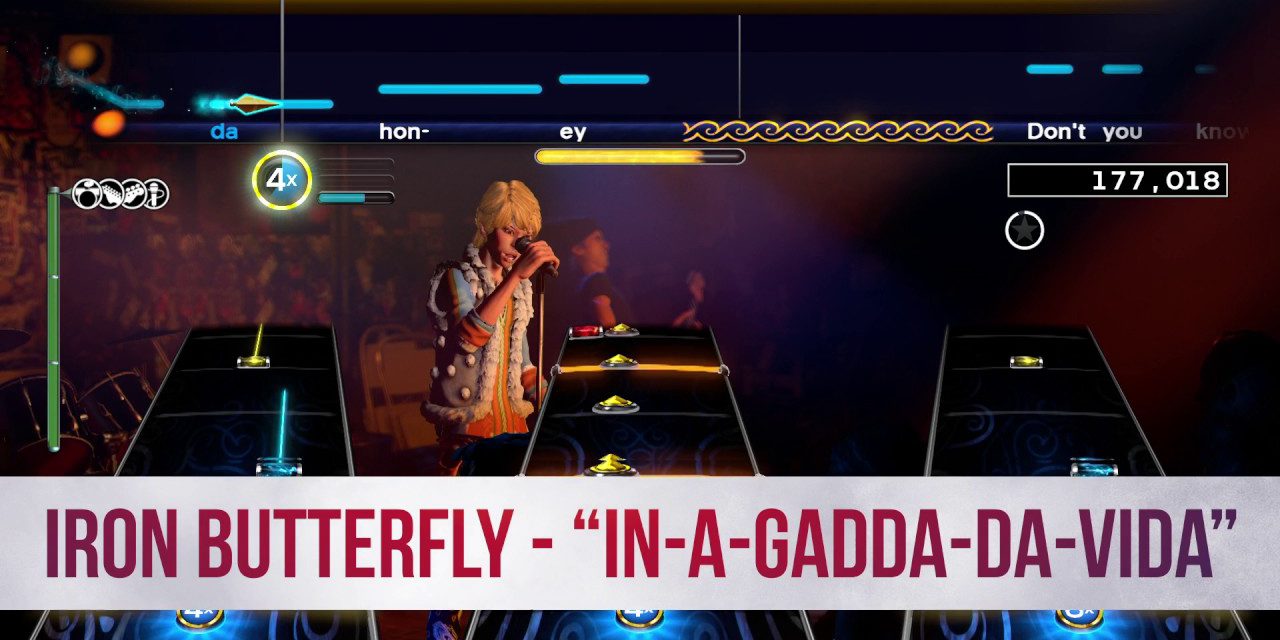 Two years after its release, and Rock Band 4 is still getting its weekly DLC on. That’s pretty impressive considering that the game’s lower-than-expected sales numbers were considered the straw that broke distributor Mad Catz’s back, forcing the the game to switch hardware manufacturers. But while the rhythm game’s music library has now officially stretched past 2000 titles, its latest DLC track is sure to challenge even the most hardcore shredders, drummers, and vocalists. Coming in at just over 17 minutes, it’s Iron Butterfly’s acid rock classic, “In-A-Gadda-Da-Vida” (You know, the hymn Homer and Marge Simpson used to make out to.)

The DLC, pricing in at $2.99, is slightly more expensive than the usual track, which is understandable because this slightly more song than the usual track – nearly four times as long as a typical DLC track. Although the lyrics are simple, the song is a testament to a player’s stamina, as it runs the full 17 minutes and 5 seconds, including a two-and-a-half-minute drum solo. This is not the under-three-minute radio edit. This is legit rock and/or roll.

While this isn’t the first time Rock Band has featured a lengthy epic tune, nor is it even the longest in the series’ history (an honor that belongs to Rush’s 2112, released for Rock Band 3 and spanning over 20 minutes when all three DLC tracks were played together), “In-A-Gadda-Da-Vida” is the longest (slurred) title in the Rock Band 4 lineup. So if you’re up to the challenge, and if you have the attention span, pick your bandmates wisely – particularly your drummer, since you’ll get to chill for that two-minute drum solo.

“In-A-Gadda-Da-Vida”, the definitive acid rock song of the 60’s, is now available for download for Rock Band 4 on PlayStation 4 and XBox One.