The Rise of Kugan Cassius and IFL TV 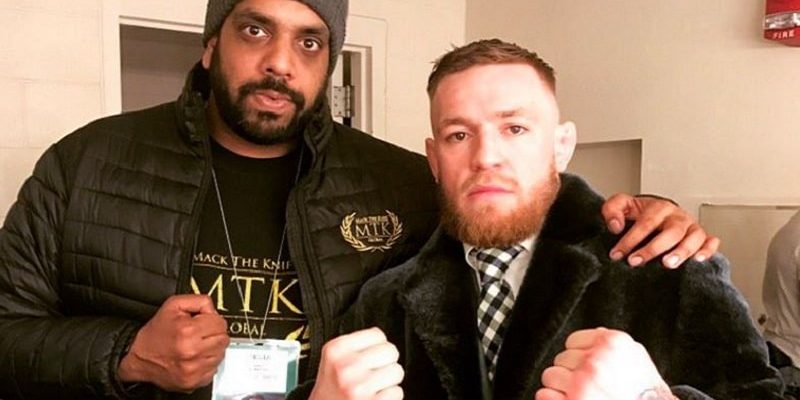 If you asked any boxing fan what they think of when they hear the name Cassius, they’ll most likely think about the former first name of a man that many regard as the best boxer of all time, Muhammed Ali.

While that may be the first thought that they have, anyone who loves to immerse their self in the sport will also associate it with the surname of a man who has worked his way into an influential position in the sport, Kugan Cassius.

The Rise to Fame

The reason for Cassius’ rise to prominence has been due to the YouTube channel that he co-founded with James Helder in 2010, iFL TV. The channel started with interviews with anyone and everyone that he could find, including the likes of unknown directors and reality TV stars, with a lot of boxing content mixed in.

Those early videos would struggle to get up to 1,000 views as the channel didn’t really have any direction or sole purpose. That soon changed though as the interviews with other members of the entertainment business faded away and the channel became a lot more boxing-focused.

iFL TV has now been built to a point where it is coming up to 420,000 subscribers and standard videos regularly getting over 100,000 views, with their most popular video having over 13m views. It has over 30 videos hitting the million view mark and over half a billion views in total.

How he Got There

One of the most appealing aspects about the channel is Cassius’ personality as he comes across as a cheeky and confident fan but also one that can be funny and cringe-worthy in an endearing way. He gets a lot of honesty out of the interviewees and isn’t afraid to ask awkward questions.

There is no doubt that the channel would have only been made possible with him pushing his luck, trying to demand access and pretending to be more professional and bigger than they were. It’s led to a stage now where they no longer have to do that as they are an important source of exposure for many promoters.

What’s also clear is that an incredible amount of hard work has been poured into the channel, especially in those early days when the rewards must have been minimal. There are a huge volume of videos posted with multiple uploads happening every day.

Since starting eight years ago, they have posted more than 21,000 videos which roughly equates to around seven videos a day on average. That is a phenomenal amount of work and shows that the channel deserves to have the success it enjoys today.

Why Kugan Cassius has Become Influential?

In those early days it would have been Cassius who was begging fighters to help to give his channel some exposure and more views, but now it is very much a two-way street, as boxers want to feature on the channel due to the exposure that it’s going to give them.

This has led to regular interviews with the highest profile British boxers and a constant source of content with the top British promoters too, especially Eddie Hearn from Matchroom Boxing. He has managed to stay impartial and never on one side of the boxing divide.

He has also managed to have partnerships with Hearn and also has a working partnership with MTK Global, the boxing management company who work with the likes of Tyson Fury, Billy Joe Saunders and Carl Frampton among many others.

That helps to give iFL.TV a huge amount of access and with Hearn using the platform as well as Frank Warren, the other huge promoter in Britain. It gives Kugan Cassius more or less the whole British boxing world to work with and that leads to a lot of great content that is delivered daily on the channel.

Cassius has built iFL TV up to an incredible point and it will be interesting to see what direction the channel and its co-creator go in the future. He has already worked with Hearn owned Matchroom Boxing and Warren owned BoxNation on separate occasions.

An original TV channel could happen in the future, as so far the content has just been confined to YouTube. With the in-depth interviews and honest and relatable content, there would surely be interest on regular TV but there are no signs of that yet, with the channel not even having a website.

For now though, Cassius can be more than content with how far he and his colleagues have brought iFL TV since its inception. From getting any interview with Z-list celebrities and up and coming boxers to becoming the go-to place for British boxing content.

iFL TV has become the number one source of exposure for boxing promoters outside of their regular channels. It’s a phenomenal rise and an amazing source of free content in a sport where the financial demands from a customer are huge with pay per view and numerous subscriptions. The channel is surely only going to get bigger and better, as it has done continually since it was created.