Do We Really Need A Duke Nukem Movie? 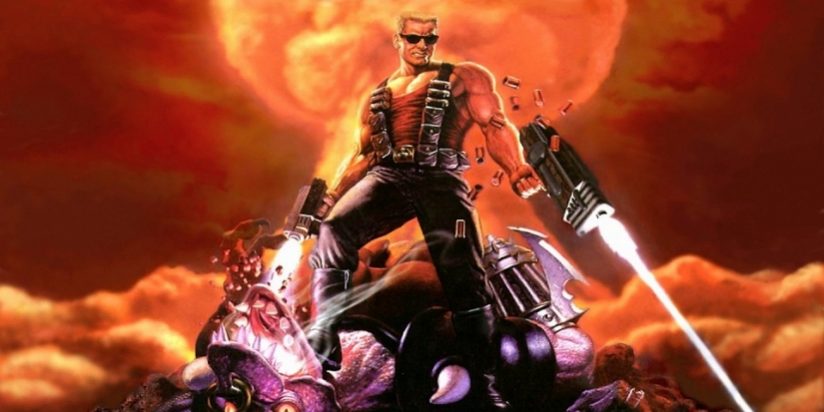 After many years of rumors, studio changes, and lingering development hell, it looks like a Duke Nukem movie may actually be happening. In our lifetimes. And not only that, but Variety is reporting that WWE superstar John Cena is in talks to star as the titular hero on the big screen courtesy of Paramount’s Platinum Dunes.

Platinum Dunes is a production company co-founded by Michael Bay to specialize in horror films, such as The Purge series. But it has occasionally branched out into licensed characters — the latest Teenage Mutant Ninja Turtles films and the upcoming Dora the Explorer live-action movie are examples. So it makes big-budget theatrical movies, not the kind that end up on Syfy or the nether regions of Amazon Prime Streaming.

The big question here is why?

Duke Nukem hasn’t been relevant since the late 1990s. The character — a cigar-chomping, wisecrack-tossing, gun-toting monument to toxic masculinity — was already a bit of a parody of Hollywood’s over-the-top action heroes of the ’80s. He was the love child that Arnold Schwarzenegger’s character in Predator and Sylvester Stallone’s character in Cobra would have had if wet nursed by Army of Darkness‘s Ash (Bruce Campbell).

The Duke Nukem series began with Duke Nukem in 1991 and Duke Nukem II in 1993, but hit its peak with the release of the first-person shooter Duke Nukem 3D in 1996. In case anyone thinks I’m just a no-humor hater, I loved Duke Nukem 3D — I enjoyed the humor, the one-liners, and the non-stop action. I came to play Duke Nukem and chew bubblegum — and I was all out of bubblegum. So along with the rest of the gaming world, I was totally ready for the fourth installment when it was announced in April 1997.

Fourteen long years later (and a change in developer), Duke Nukem Forever finally limped over the finish line on May 24, 2011. The jokes were dated, the tech was stale — time had passed ol’ Duke by and the reviews were dismal. Another five years later, Duke Nukem 3D 20th Anniversary World Tour was published, further pillaging Duke’s most popular chapter for more moolah, only adding one new fifth episode to the game.

So, again, why Duke Nukem? And why now? Are the rights to Zork all tied up?

And then there’s the issue of sexism. Duke Nukem is a walking HR violation. In the key art for Duke Nukem Forever, two women in sexy Catholic schoolgirl outfits are kneeling at his feet, cradling his calves as he sits at a throne. In Duke Nukem 3D, women (or “babes” as he calls them) are rarely depicted wearing anything more than bikinis or g-strings — in fact, you could tip the strippers with dollar bills, which I’m pretty sure was a first for the games industry. And most egregiously, naked women trapped in alien cocoons would moan for you to kill them; they couldn’t be saved in most versions of Duke Nukem 3D.

In the era of #MeToo, Time’s Up, and p***y hats, who thought this was the right time for a Duke Nukem movie??? Obviously, Paramount and Michael Bay’s Platinum Dunes production company think it is, but why? Are they trolling the women’s movement on an epic scale? Even if the film is intended to appeal to male GamerGate supporters who still think it’s a-okay to harass and threaten female developers online, they may not have even been alive when Duke Nukem 3D was first released.

Variety also reports that no director or writer has been attached to the project yet, so here’s a word of advice. Hire a female director and/or a female writer. (Wonder Woman‘s director Patty Jenkins seems to do well with action movies.) Make it a spoof in the style of LEGO Batman, in which Duke seeks to become a better all-around dude and respect babes while still kicking ass and chewing bubblegum. Have fun with the material, and most of all, have fun with the character. Let him grow. And give him a female co-star with a name, an agenda, and — at the very least — clothing.