PlayStation Plus Members Can Play ‘For Honor’ For Free This Weekend 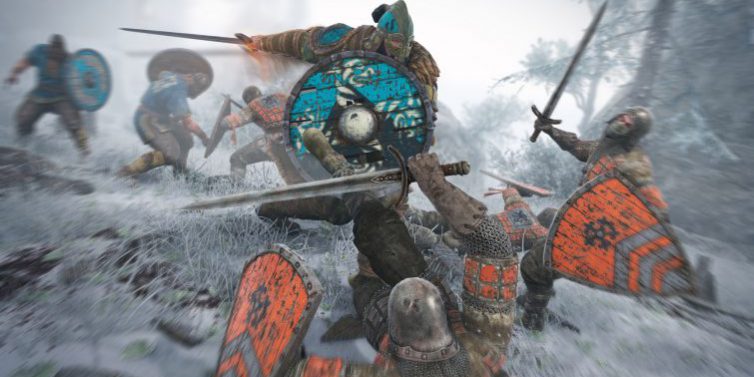 Ubisoft released For Honor in February, bringing people into a weird battle between Vikings, Samurai, and Knights. Then again, who wouldn’t want to play as a samurai and try to slash up some Vikings in a medieval action fighting game? If you haven’t played the game yet, and you are a PlayStation Plus member, this week is the perfect opportunity for you. From August 10 until August 13, PlayStation Plus members will be able to download and play For Honor for free.

You read that right. You will be able to play the entire game for free in that time. Five different modes of multiplayer will be available, and so will the entire campaign in both solo and online co-op mode. If you really dig into the game and carve out some time, you might be able to play all of For Honor for free. That’s not likely the intent, of course. They presumably want you to get a taste, and become so enamored with the game that you want to buy it afterward.

To that end, from August 10 until August 20 you will be able to buy For Honor for 50 percent off. Any progress you make will carry over from your free play as well, so don’t worry about that. Now’s a good time to hop on board as well, since the third season of the game, “Grudge and Glory,” drops August 15.