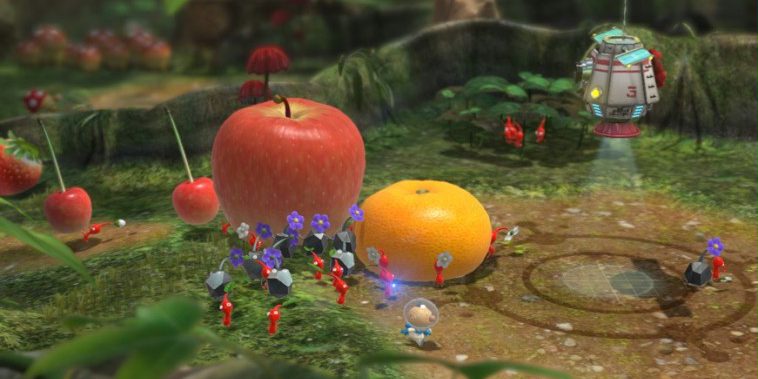 There was no mention of Pikmin 4 during Nintendo’s Spotlight presentation during E3 2017, but in a recent interview, Nintendo’s Shigeru Miyamoto was able to give a small update on the game.

Speaking with Eurogamer at E3, Miyamoto was not able to give much away but did confirm Pikmin 4 was in development. “I’ve been told not to share anything about this from PR,” Miyamoto jokingly said, “but I can tell you it is progressing.”

It’s been two years since Miyamoto last discussed Pikmin 4 and at that time he said the game was “actually very close to completion.” Miyamoto went on to say “Pikmin teams are always working on the next one.”

While fans wait for a new console version of Pikmin, Nintendo will release Hey! Pikmin for the 3DS. The game is set to release on July 28 and will come with a new amiibo. The story once again follows Captain Olimar after he crash lands on a planet full of Pikmin. The 3DS touch screen will be used to throw the creatures and you will be able to explore the world searching for items and treasures.