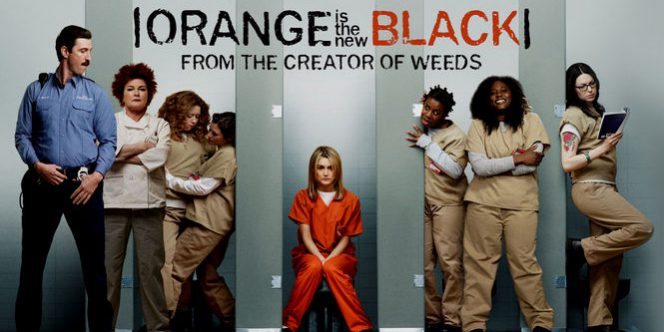 Orange Is the New Black is a drama series created by Jenji Kohan, which premiered on Netflix in 2013. Piper trades her New York life for an orange jumpsuit and finds conflict amidst a group of dramatic inmates.

Sentenced to 15 months for a crime committed when she was younger, Piper Chapmen leaves her New York life for her new home: a women’s prison. Her counselor, Sam Healy, tries to give her some tips to survive prison life. Piper then discovers Alex Vause, her former lover was sent to the same prison.

Piper Chapman is forced to board a plane to an unknown location. Once she lands, Piper realizes she is in Chicago and assumes she has been transferred for killing Pennsatucky. After talking with Alex, Piper discovers her stay is only temporary.

With a lot of new inmates, Caputo has to call in for help. The newcomers stir up ethnic conflicts, Piper has a business competitor, and paranoia hits hard for Lolly and Judy.

Litchfield inmates are not happy with the way Caputo handled Poussey’s death, so the riot continues in this season.