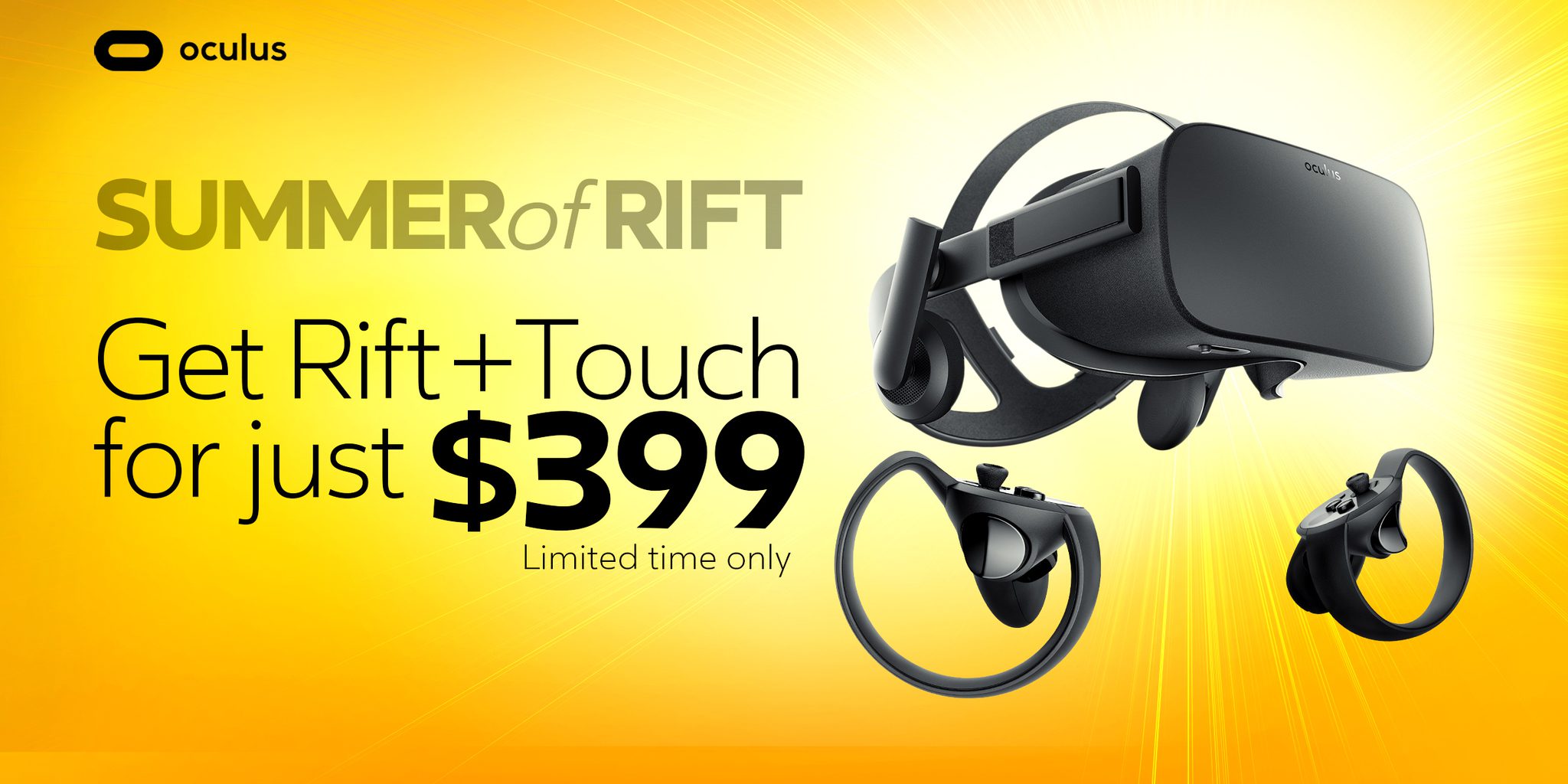 The Oculus Rift and HTC Vive made quite a splash last spring, allowing early adopters to experience virtual reality in the comfort of their own homes. At $599 and $799, respectively, however, the headsets were too pricey for all but the most hardcore VR hobbyists.

Sony made the barrier of entry more palatable with their $399 PlayStation VR last fall, but the more economical hardware’s decreased power and PS4 compatibility made it more of a budget option. Oculus dropped the price of their headset by 100 bones earlier this year, but the investment was still a bit steep, especially if you ponied up an additional $200 for the compatible Touch Controllers. Alas, premium VR was still a pipe-dream for the average gamer.

That could change starting today though, as Oculus has significantly slashed the cost of both the Rift and Touch controllers. As part of their “Summer of Rift” promotion, described as “a season of special events, deals, game launches, and announcements to celebrate cutting-edge VR and our amazing community”, the company’s offering both pieces of hardware in a $399 bundle, the same price as PSVR. You’ll, of course, need a PC capable of running the tech, but it’s still a pretty sweet deal for those who’ve been on the fence.

The company’s remaining tight-lipped on how long this “limited time” offer will last, but they are leveraging the promotion to encourage newcomers to join the VR party. They’re using the price-drop to remind potential buyers that the Rift sports a library of over 500 titles, with many more—like E3 darling Echo Arena—on the way.

The deal doesn’t exactly make the Oculus Rift an impulse buy, but it’s easily the most cost-efficient option for those who’ve been considering a jump into high-end VR.