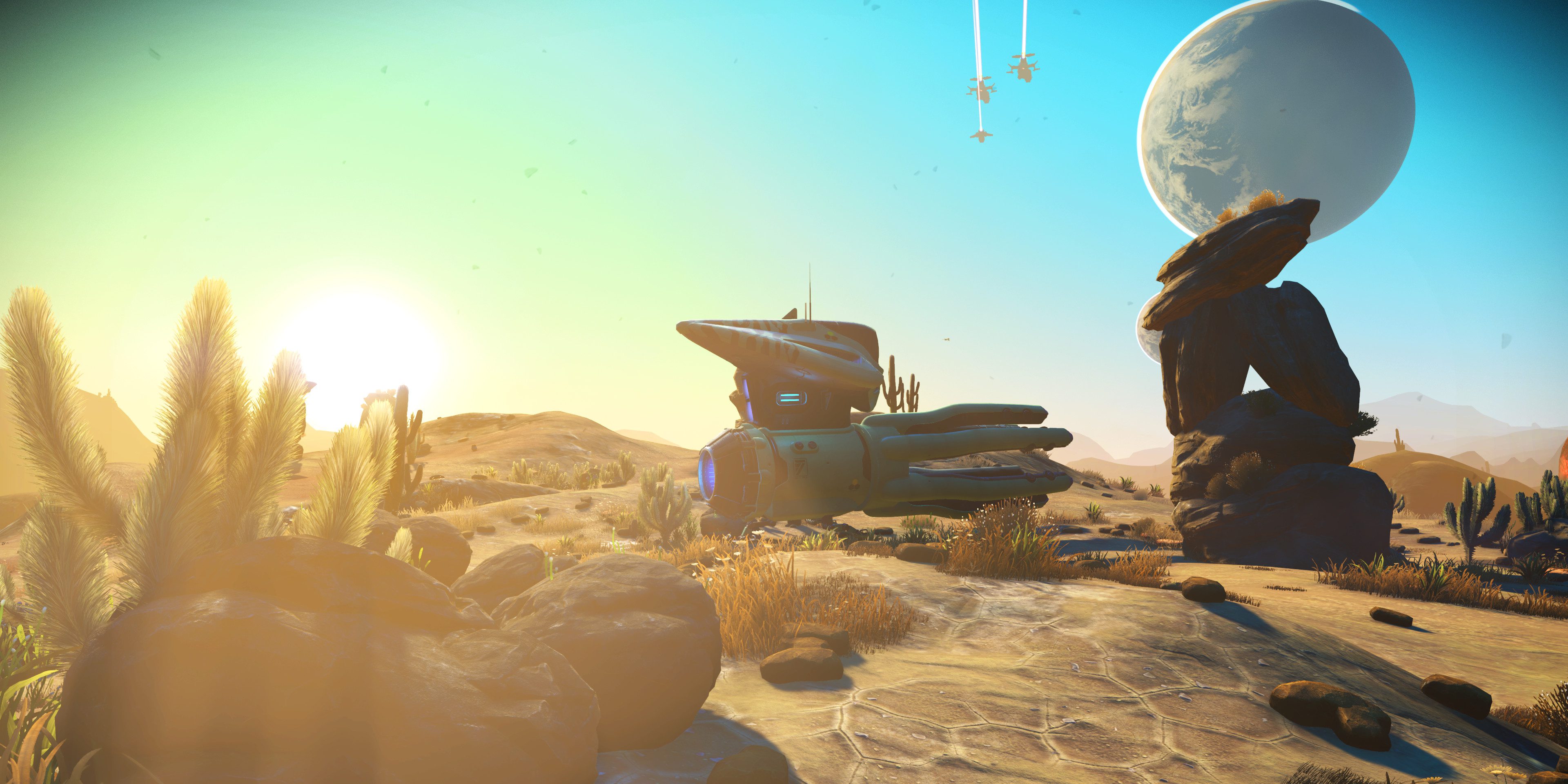 The release of Hello Games’ super-hyped massive space exploration/survival title No Man’s Sky will likely go down as one of the biggest disappointments in mainstream gaming. After months of player hype surrounding the game’s expansive procedural-generated universe and the technical achievement of its creation, the game fell short of its promises with lackluster gameplay that quickly got boring, lack of any real multiplayer options, and a range of technical glitches that overshadows its accomplishments.

No Man’s Sky has managed, in spite of mixed reviews, to stay afloat in the gaming sphere, thanks in no small part to a litany of patches and updates to fix and expand upon on the game’s flawed base. The newest of such updates, Atlas Rises, promises to bring a hefty amount of improvement and content to the game, and hopefully recoup the loss of players since its ill-fated launch.

One of the most significant disappointments from No Man’s Sky’s initial launch was the lack of any sort of multiplayer mode, which definitely lent to the dullness of the game – imagine traversing a gigantic, ever-expanding universe and finding no one else in it. Information could be shared amongst players, but no interaction could be had. One of the game’s biggest hurdles was determining whether a multiplayer-mode was possible – so far, it looks like the answer to that is a resounding “no.” But Atlas Rises brings in an intermediate step with the introduction of the co-op mode, Joint Exploration. The co-op mode is still extremely limited, with only 16 players visible to each other at a time, and even then as floating orbs of light, with proximity voice chat.

The next major addition that Atlas Rises brings in is over thirty hours of new plot content, including a new alien race, so you’ll actually have something to do besides zip through the game’s 18 quintillion planets. The new mission board brings in extra missions and NPC guilds, or players can check out more buried resources and scavenging missions, or check out the improved space combat and new ship types and low flight options. Meanwhile, the visual quality and variety of planets has improved, along with better galactic mapping and waypointing, higher resolution textures, and a terrain manipulation tool that allows you to mold planets or destroy them entirely. Appreciate the new view with the updated Analysis Visor for more in-depth scanning, and swap your resources with the galactic trading system. Plus all those ancient portals? They actual do portaly things now.

No Man’s Sky: Atlas Rising is now available from the game’s official site.