Nintendo Labo For Switch: Is It Fun DYI Or Selling Cardboard to Kids? 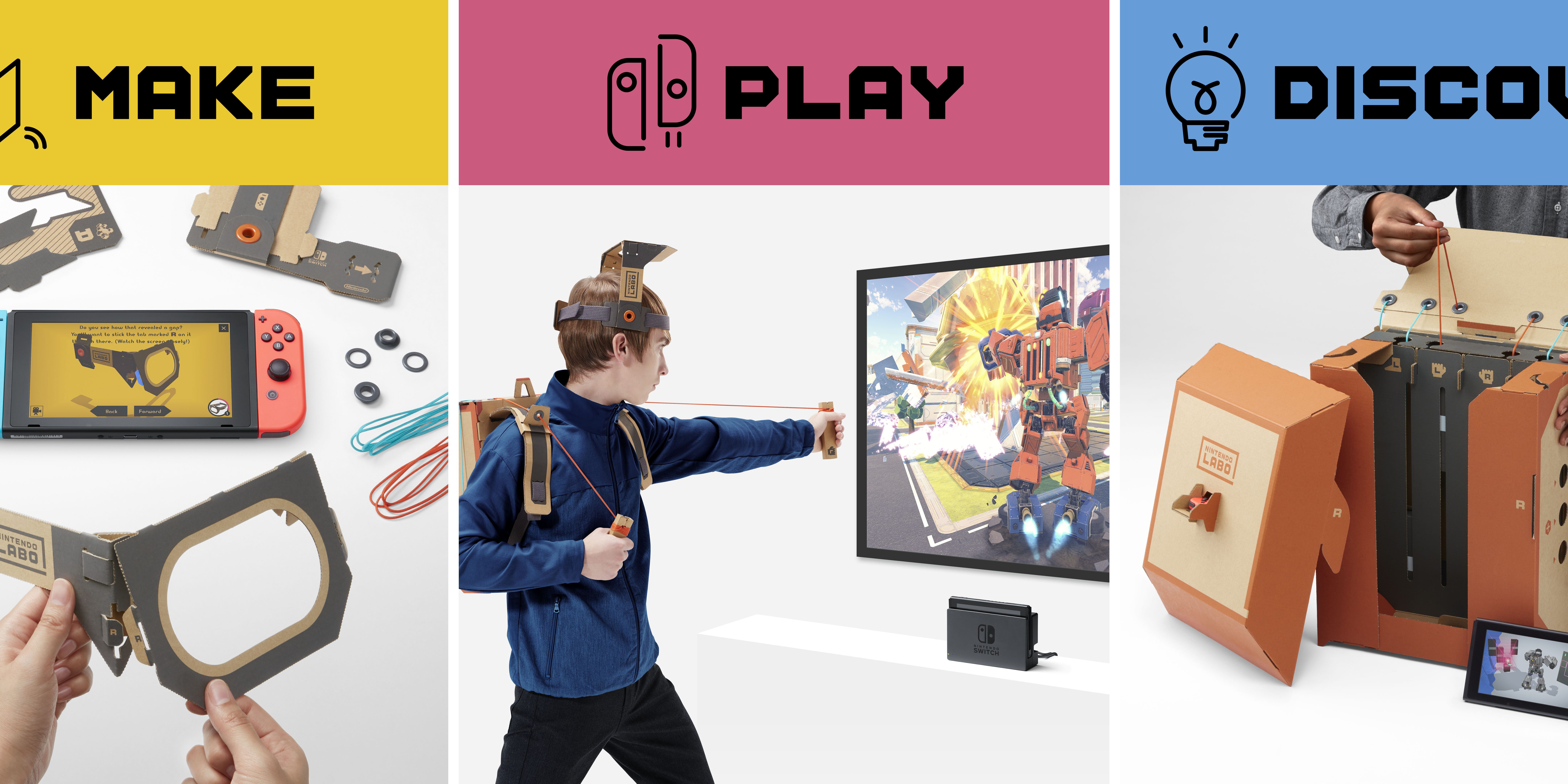 Did you ever have more fun playing with the box a toy came in than the toy itself? Now, Nintendo is dropping the toy part and selling kids the box — or at least cardboard that can be built into creations such as a 13-key piano, fishing pole, and motorbike. All starting at only $69.99.

Okay, all snark aside, the idea has possibilities. Nintendo Labo, launching April 20, allows kids to create their own cardboard devices called Toy-Con and then interact with them using Nintendo Switch. For example, once you craft your 13-key piano — following the step-by-step instructions on the cardboard pieces — you attach your Nintendo Switch console and the right Joy-Con controller and can then play music by pressing the keys. The IR Motion Camera in the right Joy-Con “detects which keys are pressed and translates them into unique notes that are heard through the console,” says Nintendo in a press release.

The Nintendo Labo Variety Kit ($69.99) includes the software and five different buildable creations: a pair of RC cars, a fishing rod, a house, a motorbike (actually just the handlebars), and a piano. The Nintendo Labo Robot Kit ($79.99) includes the software and the ingredients to build a “cool robot suit,” which looks more like a bulky backpack and head visor. (Sorry, you’re not going to look like Iron Man.) A special Customization Set that includes stencils, stickers, and colored tape to spice up your creations will also be available for $9.99.

To see what it looks like, check out the introductory video for Nintendo Labo below.

Looks cool, right? The real-world Do It Yourself (DIY) element brings a level of creativity to video games that is innovative in a retro way. Building toys as a kid is as old as Lincoln Logs, and Nintendo should be commended for meshing new and old in a meaningful way.

But then I’m reminded that all of these cool peripherals are ultimately made out of cardboard. See how gingerly the model extends the rod of the cardboard fishing pole in the video? Or how fragile the individual keys on the piano look? Anyone investing $70 or more into a Nintendo Labo kit must realize that the creations built may be flimsy and ultimately fleeting; cardboard and string won’t hold up well under harsh (or perhaps even moderate) play.

The Robot Kit, with its strings that attach to your hands and feet, looks particularly delicate. The software allows you to assume control of a giant in-game robot when you wear the suit, which — from what I know about giant robots — will probably require some stomping and smashing. That’s a recipe for broken strings, ripped cardboard, tears, and shouts of “Why did we pay 80 bucks for THIS?”

I should mention that we have not played with or tested Nintendo Labo in any way, so my reservations are my own and purely based on my own past as a junior builder. Perhaps Toy-Con creations will be much more durable than my assumptions. And the good thing about cardboard peripherals is that they’re recyclable and won’t end up rotting in a landfill like plastic gadgets do. At any rate, I’m also guessing that Nintendo and/or third-party manufacturers will step in with replacement cardboard and string packages sometime after the Nintendo Labo’s launch.