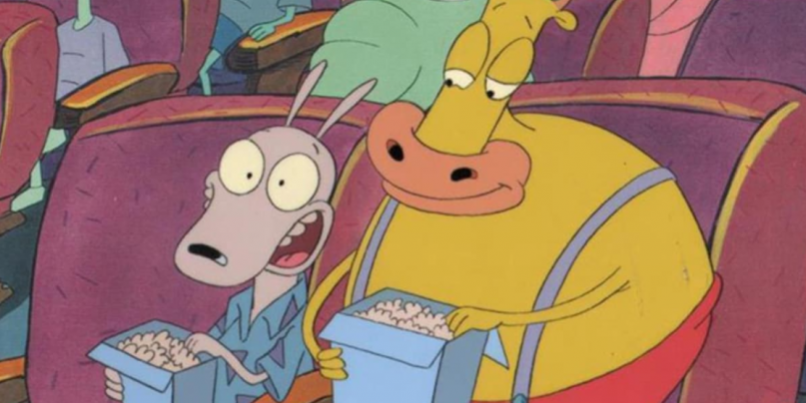 Before there was SpongeBob SquarePants, there was Rocko’s Modern Life. That’s not just because a lot of the people who worked on Rocko ended up working on SpongeBob, but both shows are Nicktoons that have a decidedly more adult flavor to them. Back in the day, Rocko’s Modern Life would even occasionally get the TV-Y7 rating. While Rocko’s Modern Life ended in 1996, Nickelodeon is planning to revive it for a special, and they’ve gotten the original voice cast back to bring it to life.

If you aren’t familiar with Rocko’s Modern Life, which is to say if you weren’t a kid in the ’90s, the show was about a wallaby named Rocko, and his friends Heffer, a steer, and Filburt, a turtle. They got in wacky adventures, and one time they made their own cartoon called Wacky Delly. It was quite risqué for a kid’s cartoon, just a step below Ren & Stimpy, but it was also funny and delightfully weird. That’s why a lot of folks remember it fondly, and why they will be happy to see this new hour-long special when it airs in 2018.

The special is called Rocko’s Modern Life: Static Cling, and guys like Carlos Alazraqui and Tom Kenny will be lending their voices to the show once more. It’s also being written by the show’s creator Joe Murray, so it’s really a “we got the gang back together” situation.

Recently, Nickelodeon made a TV movie about the old ’90s game show Legends of the Hidden Temple, which was clearly an attempt to mine ’90s nostalgia, and get adults who were kids back then watching the channel. Rocko’s Modern Life: Static Cling is a similar project, but it’s also likely to be a successful one, at least in terms of getting people to tune in. Who doesn’t want to see their favorite comic book selling wallaby back in action?