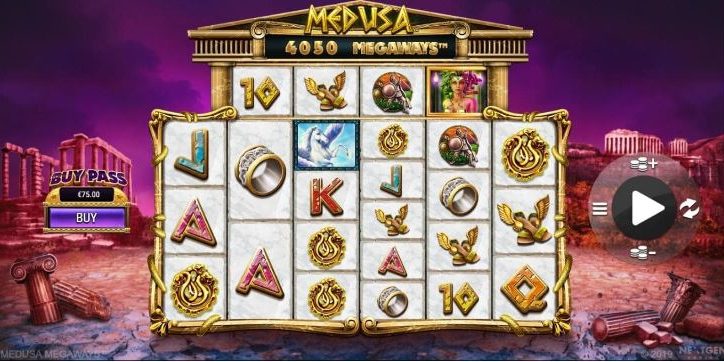 Casino gaming is one of the most competitive industries imaginable, with software companies and platforms vying for the attention and wallet of players.

Technology is fast-moving, and so slot games need to keep promoting new products with the latest graphics capabilities, sound and gameplay.

One of the world’s largest providers of online slot games is NextGen Gaming, which has been in the business since 1999.

It’s remained one of the biggest iGaming software houses because it has a packed road map of new releases. As 2019 draws to a close, it’s worth looking back to see what the company has achieved this year.

You can see more about NextGen casino software at www.bestonlinecasino.com for more information. But a quick glance through the catalogue suggests no fewer than nine new NextGen slot games were introduced to gamers this year, an impressive figure. But what is more of note is that several of these slots have already become firm favourites. Here are some of the best in class from 2019.

The popular Greek mythology theme in the slots world got a makeover last March when NextGen introduced the Medusa Megaways. The popular Megaways system, which includes winning symbols disappearing and being replaced in a tumbling wall feature, adds a new dimension to slots.

Many slot software houses use the Megaways technology, and NextGen was determined not to be left behind. It’s the sort of technology advance which makes gaming a fun alternative to watching the latest Netflix movie.

The slot uses the innovative Buy Pass feature, which triggers the free spins – but only after you cough up 100 x your normal wager for the privilege.

The offering is the latest in a string of Medusa games, and fans of the previous versions won’t be disappointed.

NextGen already had a slot called Gorilla Go Wild. So, they reworked it, added the latest bells and whistles and made it look pretty – then called it Gorilla Go Wilder. The original was a success, so why alienate fans of the game with a whole new name?

The cute looking Gorilla oversees your gaming action. At first, there are five reels with only 25 lines, but these can go up as you play on, and you may end up with as many as 200 lines, where your rewards might be up to 10,000 your original stake.

What NextGen has done so well with this slot is introducing so many features, just the ticket to keep players coming back for more. There are wandering wilds, symbols that transform, mystery symbols, mega stacked icons, free spins, and expanding wilds.

The game looks fantastic and it feels like you’re sitting on a sun-kissed beach, sipping a cool cocktail.

The Foxin’ series has beguiled players for years now, and in the summer, NextGen went one better, making two games in one.

With Foxin’ Twins, you get to play on two sets of reels at the same time. Each set has five reels offering 25 active lines, so 50 in total, offering potential winnings of up to 10,000 x your stake if the right multipliers are applied.

With up to 20 x multipliers, scatter symbols, lots of free spins and wilds, there’s plenty of variety to make this a novel and engrossing game. And the little foxes are as cute as ever, keeping up with NextGen’s reputation for excellent graphics and sound.

One of NextGen’s last releases in 2019 was Pillars of Asgard, in October. It’s a massive game, loaded with Norse mythology and symbols.

You might think the start of the game is entirely normal with 6 x 4 reels and 4,096 ways to win. But new lines can be added! Throw in the multipliers, and symbols that are scatters, sticky wilds, stacked symbols, free spins and re-spins, and then you could find yourself with an incredible 1,000,000 ways to win.

With so many options and possibilities, this is likely the most volatile slot NextGen has ever produced.

One thing is for sure; NextGen Gaming won’t be standing still, satisfied with the work already done. We hear plans are already well advanced for a host of new releases in 2020 – and we can’t wait to give them a try.