All The News From Microsoft’s E3 2017 Press Conference 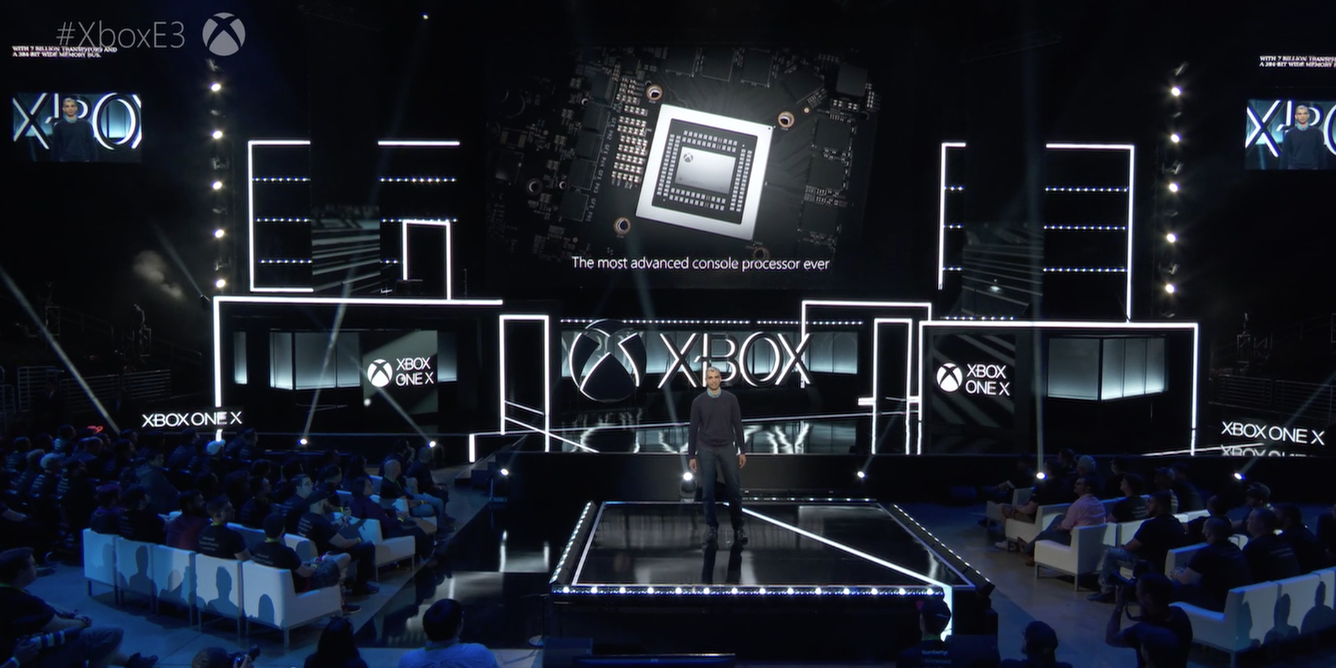 Today, Microsoft delivered its E3 2017 press conference, and the big reveal of the event was the new Xbox One X console, previously known as Project Scorpio. According to Microsoft, the Xbox One X is the most powerful gaming console, and is the smallest Xbox console to date. The company also showed off trailers for Crackdown 3, Forza 7, and Dragonball Fighter Z. If you happened to miss Microsoft’s E3 2017 press conference, we’ve rounded up all of the news so that you can be caught up.

Microsoft formally revealed its Project Scorpio console as Xbox One X during their E3 2017 press conference. Microsoft claims that the Xbox One X is the most powerful console, and is the smallest Xbox console to date. Microsoft’s Xbox One X is equipped with an eight-core CPU, 6 teraflop GPU and 12GB of GDDR5 RAM. The Xbox One X will launch on November 7, 2017 and will cost $500 in the US.

Microsoft took the time during its conference to reveal more details about Crackdown 3. The company released a gameplay trailer for Crackdown 3, which launches for Xbox One and PC on November 7, 2017. In the trailer, you’ll see Crackdown 3 has an open-world environment filled with tons of action.

Microsoft showed off the premiere video for Forza 7, which looked absolutely incredible. Forza Motorsport 7 runs at 4K and 60 frames per second, and is designed for gamers with 4K TVs.

Dan Greenawalt, the head of Turn 10, introduced the 2018 Porsche 911 GT2RS. Microsoft announced a partnership with Porsche earlier this year. Microsoft released a new trailer for the racing game during its Xbox E3 press conference, which you can watch above.

Mojang announced that a new update is coming to Minecraft this summer, and “you can play with friends across devices.” Microsoft said, the ‘Better Together’ update will allow for cross platform play, which allows players from Xbox One, Nintendo Switch, Windows 10, VR and mobile to interact synchronously. In addition, whether you own Minecraft for Xbox One or the Switch, you’ll receive a free copy of Minecraft. Another update for Minecraft coming out later this year will add 4K support.

Microsoft showed off a video for the Dragon Ball Z fighting game, which you can watch on www.techiegamers.com. The game features 2D fighting, and includes fighters such as Goku, Vegeta, Cell, Frieza, and more. We’re not sure of the exact date just yet but we do know it’s set to be released in the beginning of 2018.

Life Is Strange: Before the Storm was revealed at Microsoft’s E3 2017 press conference. A new Life Is Strange episode will be available on August 31, 2017. While we don’t know too much about the story, we do know it’ll feature three-episode series.

Sea of Thieves Delayed Until “Early 2018”

Microsoft announced its upcoming pirate game, Sea of Thieves, has been delayed until “early 2018.” Microsoft showed off video gameplay and it’s packed with action, as players will fight skeletons .