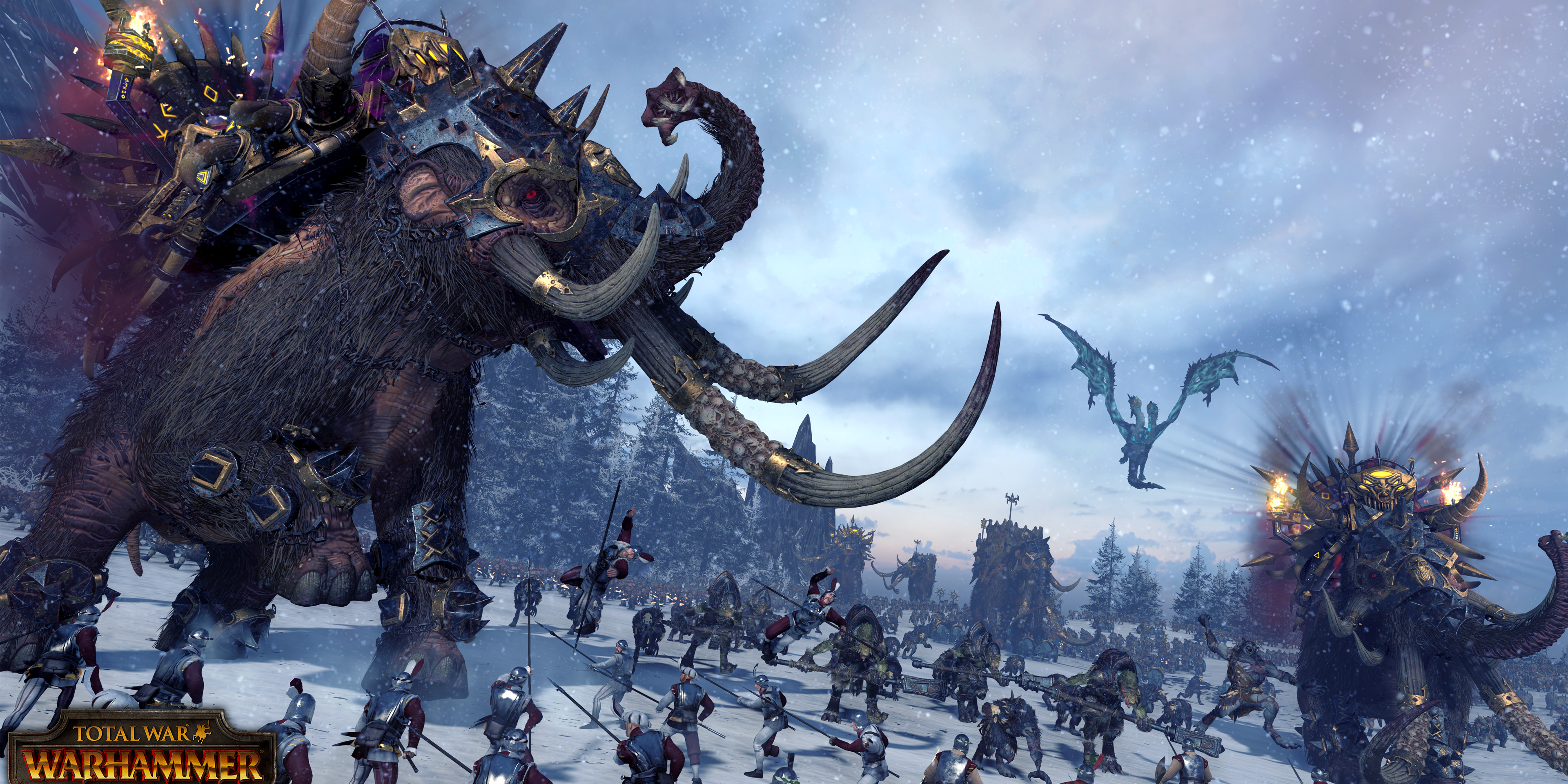 Sega and Creative Assembly‘s Total War: Warhammer released just over a year ago and it’s sequel hits in two months, but in less than three weeks fans of the strategy-focused franchise can unleash all sorts of hell from behind a brand new race. That’s right, the barbaric Norscans are the latest army to join the fray, and pre-ordering Total War: Warhammer II , the second installment in the planned trilogy, will allow you to command them for free.

The following official description offers a tease of what these brutal death-bringers are all about: “In the frozen Norsca peninsula far to the north, barbaric tribes serve the dark gods through hunting and pillaging. Hardened by relentless blizzards and the monstrous beasts of this bitter wilderness, the Norscans exist only to lay waste.” For an even better idea of what these enemy-bashing baddies are capable of, check out their cinematic reveal trailer below.