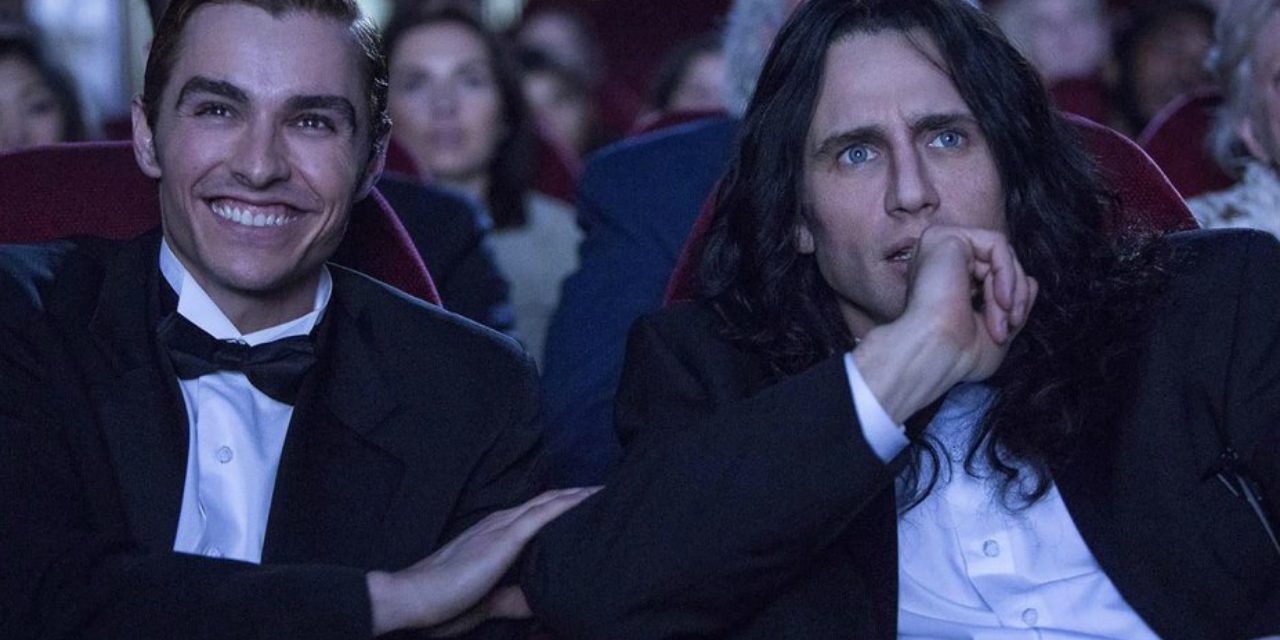 December is going to be a busy month for moviegoers. New movies hitting theaters this month include Jumangi: Welcome to the Jungle, James Franco’s The Disaster Artist, Wonder Wheel, 24 Hours to Live, Beyond Skyline, and Star Wars: The Last Jedi.

Jumanji: Welcome to the Jungle

In Jumanji: Welcome to the Jungle, four teenagers in detention discover an old video game console and are thrown into the game’s jungle setting, becoming the avatars of their choice. To beat this video game, they’ll have to go on the most dangerous adventure of their lives, or they might not be able to return to the real world. This adventure film stars Dwayne Johnson, Jack Black, Kevin Hart, and Karen Gillan. Jumanji: Welcome to the Jungle opens in theaters on December 20, 2017.

Kate Winslet told Entertainment Weekly that ”The film revolves around Ginny, the wife of a carousel operator, who perks up when she falls for a handsome lifeguard. But when her husband’s estranged daughter resurfaces and also sets her sights on Mickey, it begins ‘the great unraveling of Ginny.”

Ethan Hawke plays Travis Conrad, a former soldier who has been on hiatus for a while, to mourn the loss of his wife and son, when a fellow soldier (Paul Anderson) gives him another assassination assignment. Conrad is shot and killed by a female agent (Xu Qin), but ends up in an operating room, thanks to Red Mountain’s medical procedure that will give him – well, 24 hours to live. Directed by Brian Smrz, 24 Hours to Live costars Liam Cunningham, Rutger Hauer, and Paul Anderson. The film opened in theaters on December 1, 2017.

Directed by Liam O’Donnell, the film is a spinoff of the alien invasion adventure Skyline. Beyond Skyline stars Frank Grillo, Bojana Novakovic, Iko Uwais, and Yayan Ruhian. The film hits theaters on December 15, 2017.

The Shape of Water

Set in the Cold War era America circa 1962, this sci-fi fairy tale tells the story of a Elisa (Sally Hawkins), a world of isolation. Elisa’s life is changed when she discovers a new experiment with her co-worker Zelda (Octavia Spencer). The Shape of Water cast features Michael Shannon, Richard Jenkins, Michael Stuhlbarg, and Doug Jones. The Shape of Water hit theaters on December 1, 2017.