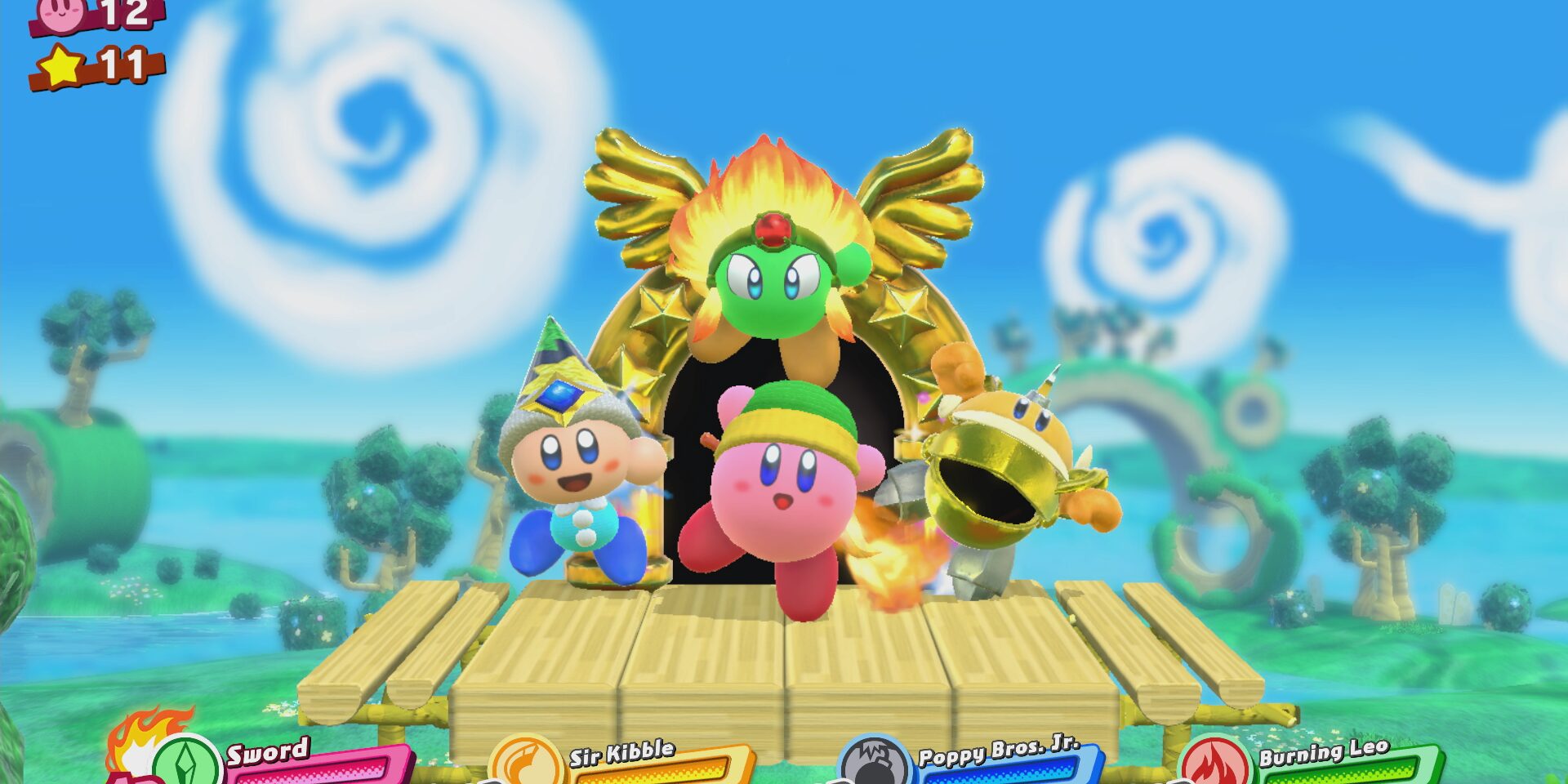 Nintendo’s puffy pink poster-child Kirby has officially been announced for his first title on the Nintendo Switch – tentatively and aptly named Kirby.

This HD platformer marks Kirby’s first appearance on a console since 2015’s Kirby and the Rainbow Curse. With the release of the game’s first trailer, Nintendo has offered a look into its multiplayer combat system. For the first time in the franchise’s history, enemies can actually be recruited as allies…by hitting them with hearts. But if you prefer to keep your friends close, Kirby will reportedly take advantage of the Switch’s local co-op multiplayer capabilities. Utilizing the Joy-Con controllers, you can join up with three teammates in co-op mode to take on puzzles and challenges.

Combat brings back many of Kirby’s classic moves, including Kirby’s trademark of inhaling enemies and objects, and the familiar copy abilities that come with it. Confirmed copy abilities seen in the trailer so far are Sword, Bomb, Broom, Fire, and Water. The new installment also features several new copy abilities we haven’t yet seen, all of which can be combined with elemental abilities, like water, fire, wind, and electricity. Friends and allies can use these abilities as well for both fighting enemies and solving puzzles. The trailer reveals that clever combinations of elemental abilities with copy abilities are particularly effective against certain types of enemies, such as combining a Bomb with water to take out a crowd of fire-based opponents.

From what we can glean from the first trailer, Kirby could possibly be the Switch’s reincarnation of the cancelled Dreamcast installment, Kirby Adventure, given its capacity for four-player co-op. Regardless, the game appears to be a side-scrolling platformer typical of its predecessors and keeping to Kirby tradition with its bright, upbeat colors, characters, and soundtrack.

The next installment in the much-beloved series is slated for a 2018 release on Nintendo Switch with no official date set.