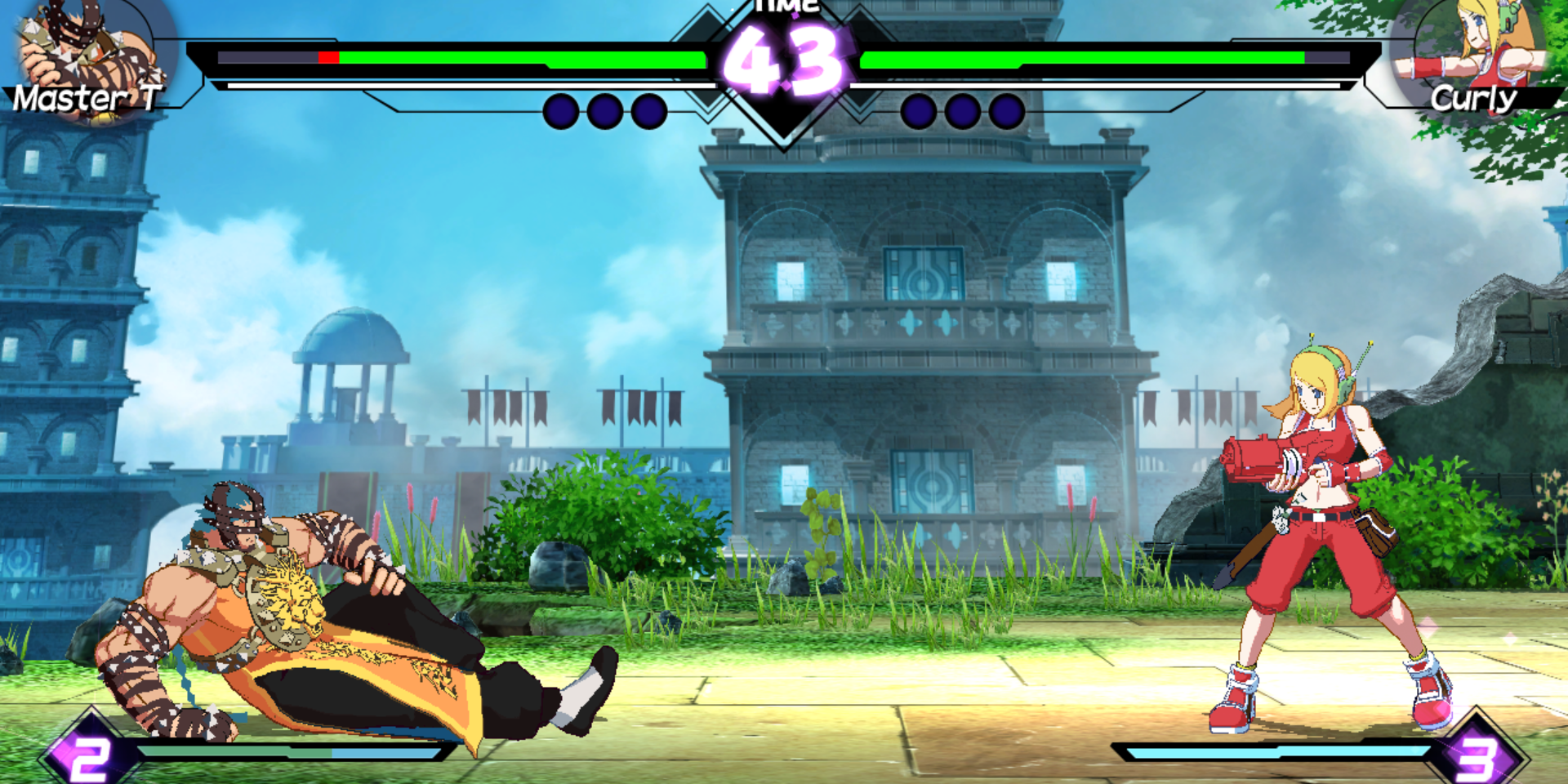 Studio Saizensen has brought together some characters from previous games for a new fighting game that will be released later this year. The game is called Blade Strangers, and it will be available for PlayStation 4, Xbox One, Nintendo Switch, and the PC.

It’s a 2D fighter, and the look of it is very “anime by way of Street Fighter.” The animation in the screenshots looks a little crude, but it’s possible when the game comes out it’ll look a little better. Some of the characters included are Curly from Cave Story, Kawase from Umihara Kawase, and some characters from Code of Princess. Further characters will be announced at some unknown point in the future.

What’s perhaps most notable about the game is that Studio Saizensen and Nicalis, the game’s publisher, are trying to make this a simpler fighting game experience for people less well-versed in the fighting genre. Blade Strangers will use a four-button control setup, and every move will be executed by using a different combination of those buttons. This is kind of reminiscent of the way moves were done in the first WWF games for Nintendo 64, and those games weren’t very good. That was a long time ago, though. Blade Strangers could work out a lot better, especially for people hoping to dip their toe into fighting games.