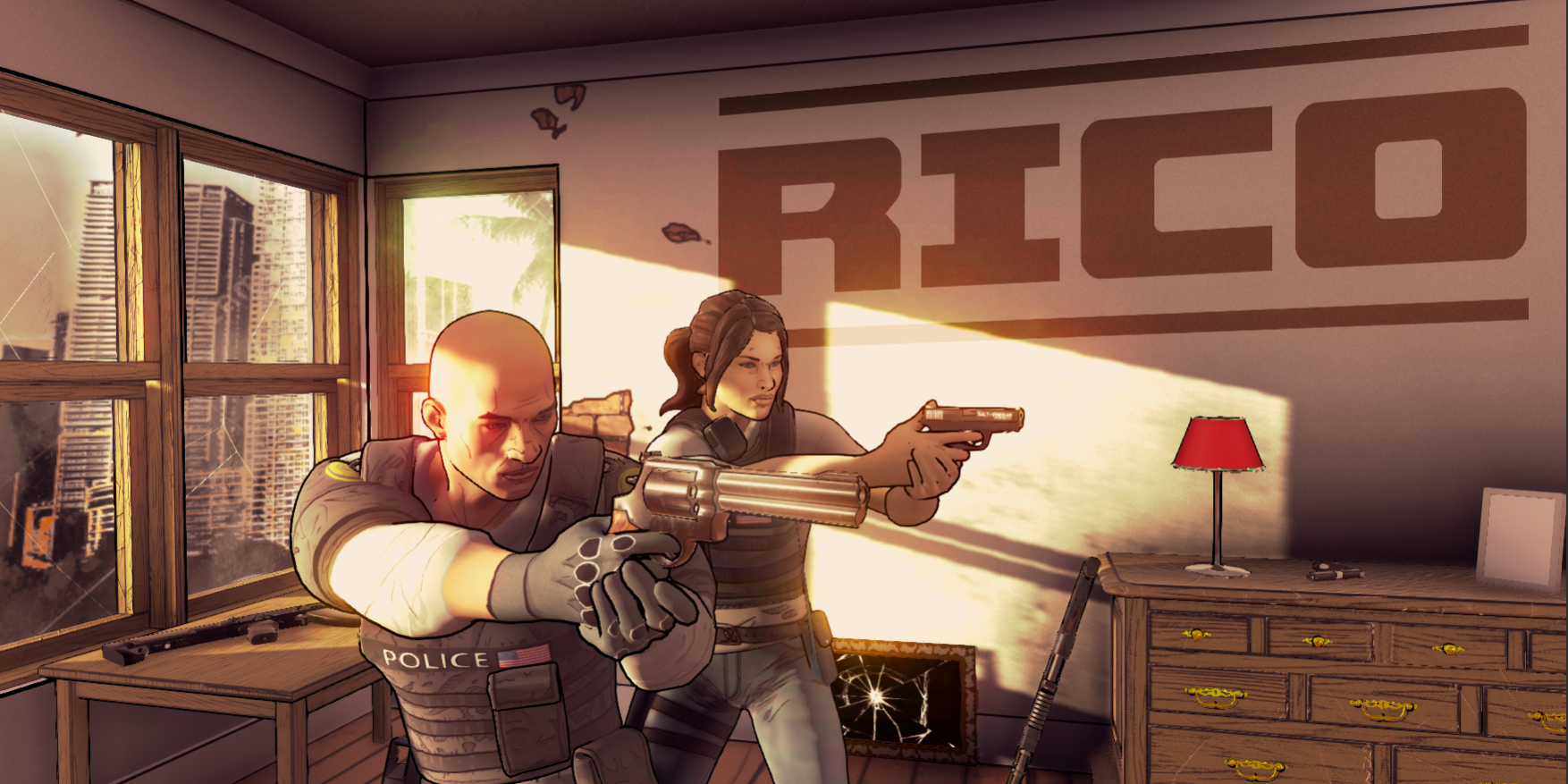 Hey, how about another first-person shooter where you play as a cop? Sure, there have been a lot of those, but there’s a reason for that. They can be really fun when done well. There’s a new game in this vein, RICO, that will hope to separate itself from the pack.

The announcement on the game’s website says RICO was “inspired” by films such as Bad Boys and Bad Boys II, which doesn’t inspire confidence, because those are awful movies. However, they also say the game is a “procedurally generated, buddy-cop” affair, which sounds interesting. You play as a “loose cannon” police detective that has just 24 hours to solve a case. That couldn’t sound more generic, but it’s really all about execution. Plus, it seems more fun as a game idea than as, say, a movie idea at this point.

You can play by yourself, or cooperatively, either via split-screen or online play. Additionally, everything in the game is randomly generated, so no two playthroughs will be the same. There is also a bunch of unlockable stuff to try and keep you interested.

While it’s fair to poke fun at some of the aspects of the pitch for RICO, the game actually seems like it could be quite cool. Soon you will be able to see for yourself, as the game will be available on PlayStation 4, Xbox One, and the PC.