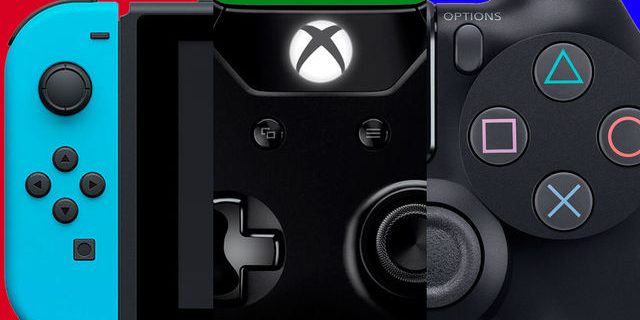 According to Gaming Weekender, there are a number of highly anticipated video games set for release in 2019. While gaming trends look set to continue with remakes of classic titles, the new year promises to deliver more than just a fix of nostalgia. Developers across all platforms have continued to develop games that prove that the next generation consoles are just around the corner.With this in mind, 2019 looks set to be a unique year of gaming with one eye in the past and one eye firmly fixed on the future.

What better way to dispel the hangover of Christmas, than to sit down and fight for your life against hordes of undead zombies! Set for release on PS4, Xbox One and Windows in January of 2019, Resident Evil 2 is a nostalgically inspired remake of the original Resident Evil 2 with added improvements such as next Gen graphics and crucially over the shoulder 3rd person shooter gameplay reminiscent of that used in Resident Evil 4. As you attempt to escape the fallen Racoon City, be prepared for eerie cut scenes, a chilling plotline and jump scares galore.

The Ace Combat series has long been popular with gamers, particularly those who harbor dreams of one day flying their own F-25 above the clouds. Much like its predecessors, Ace Combat 7 combines high adrenaline missions with compelling graphics and an intriguing political backstory. Set for release in early January 2019 on PS4 and Xbox One, fans of the franchise do not have long to wait to take to the skies. PS4 gamers will also have the added excitement of being able to complete certain missions with their VR headsets!

As a sequel to Metro 2033 and Metro: Firstlight, Metro Exodus continues the Metro franchise by being set in a post-nuclear dystopia of Dimitri Glukhovsky’s dark novels.This first person shooter game, will have you combating mutated humans and animals as you navigate the grim story of surviving an endless nuclear winter. With a dynamic weather and day and night system,this game gives players a chilling dose of apocalyptic reality. Metro Exodus is set for release in February 2019 on PS4, Xbox One and Windows.

Anthem is a futuristic online multiplayer RPG packed with action and exciting missions. From exploring strange new locations to fighting immense beasts, this action packed video game is targeted at those gamers who like to explore. Think star trek meets civilization. Set for release on Microsoft Windows, PS4 and Xbox One in February 2019, Anthem is a highly anticipated RPG having previously been scheduled for release in early 2018.

Ever since the success of the first Shogun: Total War, and more specifically Medieval: Total War, the Total War franchise has long established itself as the franchise of the turn based strategy game. Its latest release, Total War: Three Kingdoms, is no exception. Set in the Three Kingdoms period of Chinese history, players are thrown into a highly volatile political period with the aim of unifying China and becoming its overall emperor.Strategy, military know-how and a healthy dose of patience wins the day with this genre of game. While it’s set for release in March 2019 on Microsoft Windows, there is speculation that it will be rolled out on the Mac OS and Linux systems in due course.

This exciting RPG will be released for Microsoft Windows, PS4 and Xbox One in March 2019. Played from a 3rd person perspective Tom Clancy’s The Division 2 is set almost a year after its predecessor, taking gamers on a journey of civil unrest and political intrigue that echoes contemporary conflicts. The game is a multiplayer based game with a maximum of 8 players, in which gamers can choose to help one another to complete objectives such as raids. Following criticism, developers like Massive Entertainment have not only improved its endgame features, but will release three chapters of extra content and gameplay modes post release.

Clearly 2019 is set to be another exciting year for gamers. With a variety of new games, remade games and game sequels on offer developers have ensured that there is something for everyone. With upcoming video game releases staggered throughout 2019 and each one covering a different gaming genre,gamers are going to be hard pressed to not find a game that interests them.