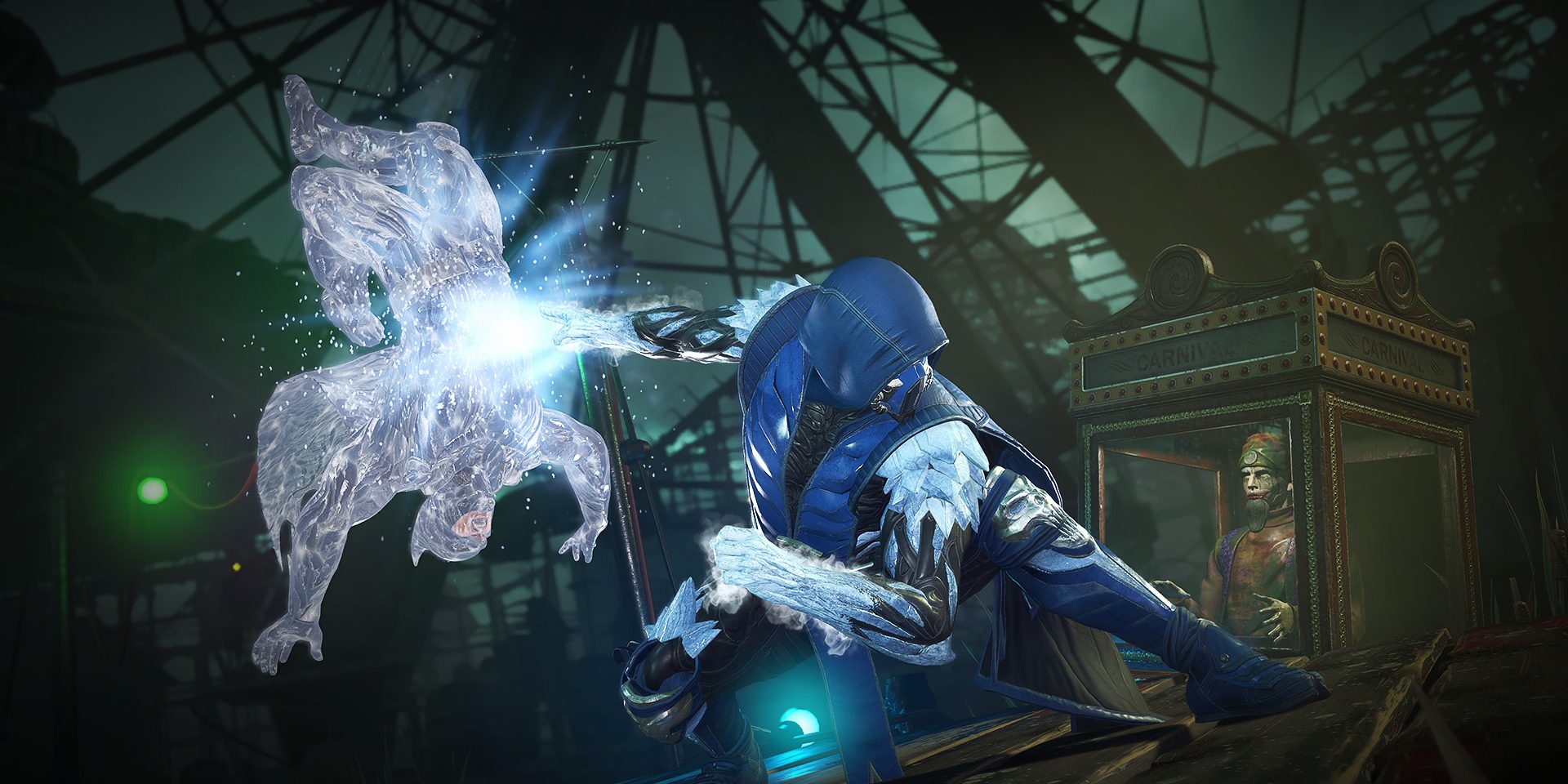 Injustice 2 already features a massive cast of iconic DC heroes and villains, but developer NetherRealm Studio’s isn’t done filling the roster with fan-pleasing fighters. Today, Warner Bros. Interactive Entertainment and DC Entertainment revealed Sub-Zero was now available to players who own Injustice 2 Ultimate Edition, Injustice 2 Digital Deluxe Edition, Injustice 2 Ultimate Pack, or the Fighter Pack # 1. Those who’d rather not pony-up for any of those extras, can download the Mortal Kombat star as a standalone character to their existing game on July 18th.

Regardless of how you recruit this franchise favorite to your roster though, you can plan on him being a worthy ally or adversary. If his official trailer is any indication, Sub-Zero–sporting a brand-new costume designed by legendary artist Jim Lee–most enjoys beating the stuffing out of Batman. Using a variety of slick ice-based powers and weapons, he continuously embarrasses Bruce Wayne’s alter-ego, even turning the Batplane against its brooding pilot. Other Bat-smashing highlights include the Dark Knight becoming a frost-covered pincushion following a flurry of Sub-Zero’s spiky projectiles.

On top of repeatedly turning Bat’s into a popsicle, Sub-Zero shows no mercy when facing Superman or Wonder Woman. The Amazonian ass-kicker and Man of Steel are both reduced to ice cubes, while their frosty foe executes increasingly, er, cool moves with style to spare. If you want to see some of your favorite childhood DC superheroes brutally schooled by the classic Mortal Kombat baddie for yourself, spy the trailer below. Warning: It’s cold.