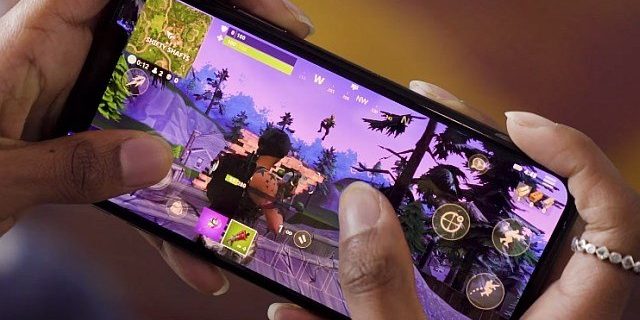 Massive advancements in technology have affected almost all sectors — including, of course, the gaming industry. Games these days are so much more than the beloved consoles of the 90s; and no longer are they just associated with children. Players come from all ages, backgrounds and classes — it’s now a dynamic – and for its developers, lucrative – form of entertainment.

The growth has been dramatic: according to the World Economic Forum LLC, there were just 100 million gamers around the world. By 2018, that number had grown to 2.6 billion global players, with the average age of gamers in the U.S. at 35 years old. The revenue from gaming activities exceeded the $100 billion mark in 2017 — and is expected to reach $128 billion in revenues from 2020.

Interestingly, mobile gaming has become a dominant player in the sector; in 2016, mobile games surpassed the revenue of console and PC games, generating $46.1 billion. The lucrativeness of the industry has led to an overly saturated marketplace, with thousands of game developers looking to get in on the action. There are currently more than 810,008 games available to download in Apple’s App store, and over 677,560 on Google Play. As a result, mobile gaming developers have begun to implement strategies to build consumer loyalty and get the edge on their competition.

Here are the top 5 strategies for gaining player loyalty.

Learn, and build strategies, from the data

There are various ways that games developers can learn about their consumer base — and gain pace on their competition through data. This of course, includes app store data from Google Play and Apple’s App store; but mobile metrics can be just as useful. Mobile intelligence helps developers set priorities in terms of stores, devices, countries, marketing effort as well as game optimisation targets.

This non-traditional approach to strategy offers developers a total picture that they can implement as part of their business plans. It allows them to have deep insights into the marketplace the are working in — as well as how, where and on what device their consumers play their games.

Social media is one of the most exciting areas — both in terms of content and growth as well as marketing potential. Reports show that in 2019 there were 3.2 billion daily active social media users — equating to about 42% of the population. Brands across sectors are getting involved in social media marketing. And it’s a hefty consumer market; in fact, as of 2018 54% of social browsers use social media to research projects they’re interested in.

This of course, applies to online gaming. Many players find out about new games through their social media channels, including Reddit, Twitter, Facebook and Instagram. It’s definitely important for developers — whether they’re on the large scale or indie publishers — to engage their customer base, and maintain their interest and loyalty, through social media.

A rewards program is a fantastic way to keep the customers a brand already has, and entice new ones. Bingoport’s rewards program is a great example where players have a wide range of opportunities to gain reward points. Their Loyalty Program allows players to earn Port points across the sites following sign up. Points are earned every day a player deposits, and can be redeemed for a variety of rewards, including Amazon vouchers, DVDs, perfume, bonus bingo cash, hard drives and memberships — all available through the developer’s Rewards Store.

Rewards programs have been an incredibly effective way for gaming developers to get the edge over their competition and foster loyalty from players. By earning points through playing their favourite games, and getting real rewards as a result, customers are likely to keep coming back.

One of the ways that game developers can create customer loyalty is by getting players engaged and excited about their content. This can be done in a variety of different ways; two of the best strategies are to signup bonuses, as well as free-to-play games (otherwise known as a freemium content model).

Signup bonuses are a fantastic way of enticing new players. They can involve everything from no deposit offers, to bonuses and free gaming options (like free spins for slots, for example) – depending, of course, on the website. The hope is that, once customers have begun playing on the website, they will find games they love and stick with the brand into the long term.

Freemium games are another way of achieving this. The freemium, or free-to-play model, has become very popular in the past few years. It involves the core functionality of the game being free for players, with upgrades to add certain features that can be paid for. The concept behind this model is that the free app will be downloaded or played much more than a paid-for one; once players are hooked on the game, and want to keep playing, they’ll begin purchasing additional features to enhance their gaming experience.

A great strategy for game developers to gain loyalty from consumers is to build trust with their customer base. One way to achieve this is through traditional media, like print and TV advertisements.

Customers still regularly consume – and trust – TV and print media, and game developers can benefit from having their brand seen in these formats. With so many different online gaming websites and apps to choose from, it can be encouraging for players to see a familiar name; they’re much more likely to be drawn to it than one they’ve never heard before. A well known brand definitely feels like a more trustworthy option — especially if it involves playing with real money.

And often, more than one strategy. Still, with the right combination of methods, mobile gaming companies can both entice players and keep them loyal to their website in an extremely saturated marketplace.

Could India Be the New Leader of Mobile Gaming?
December 1, 2018