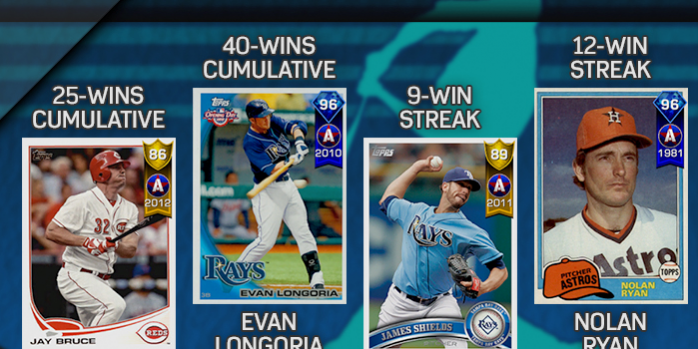 With the Fourth of July weekend finally here, San Diego Studios is kicking off a new event in MLB The Show 17. Called the All-Star Summer Showdown, the event begins at 3 p.m. EDT and will run until July 6. Like every Show 17 event, this one is themed.

The catch for this week’s event is that only American League pitchers and National League hitters can be used. No Diamond-level players are allowed and your roster is capped at 78 overall. The games for this event will also only be three innings. As far as rewards for the All-Star Summer Showdown event, players will have the chance to obtain All-Star Jay Bruce, All-Star James Shield, All-Star Evan Longoria and All-Star Nolan Ryan.

The rewards will definitely come in handy as players try to complete the All-Star Felix Hernandez and All-Star Ryne Sandberg programs. To also help you progress in the game, SDS is running a double XP and Tickets promotion until July 4. And as an added bonus, when the event begins, players will be given one free All-Star player. All you have to do is head to the Events tab in Missions and redeem the mission.

There are also events scheduled for July 7 through July 10 and July 11 through July 17. The upcoming two events will be called Moonshot and Showdown II, respectively.