For many professionals, Excel is a part of their daily lives. They use the spreadsheet program extensively to “run the numbers,” as the saying goes, and while some don’t love the software, they recognize that it’s an established tool that does what it’s supposed to do.

For Kat Norton, however, Excel is something else entirely. After teaching Microsoft Excel as a corporate trainer, she used the pandemic as a springboard to start posting Excel videos on TikTok. The coursework she came up with as a part of that has given her an estimated net worth of $10 million, which would probably blow up a typical Excel spreadsheet.

Her story is a modern TikTok rags to riches story, and it definitely comes with some surprises, so let’s trace Norton’s journey.

Like many young professionals, Kat Norton found herself moving back into her childhood bedroom in 2020. She grew up on Long Island and became a finance professional. While she enjoyed teaching to some extent, she definitely wasn’t thrilled by the work she was doing.

When it no longer made sense to travel to the office, she moved back into her parents’ home to ride out the pandemic and save some money in the process.

Enter TikTok. In June 2020, Norton began posting short Excel videos on TikTok. She told no one, including her family or her boyfriend, but her relative anonymity quickly vanished.

Excel videos might not sound like a sexy subject for the TikTok crowd, but Norton took a very creative approach. To teach XLOOKUP, Excel’s new data search feature, she explained the specific to DMX’s “X Gon’ Give It to Ya” in her fourth video. Within a few days, her video had gone viral and been viewed over a thousand times.

Her audience extended far beyond the usual TikTok demographics. The CEO of an IT company messaged Norton to tell her he loved her teaching style, and he wanted her to create Excel training videos for his clients.

But Norton knew she was onto something, and her ideas extended far beyond a single company. She took a couple of weeks off from her consulting job and filmed over 100 videos, then turned them into a package called The Excelerator Course. She priced the course at just under $300, and by January 2021 she was doing $15,000 a month in sales.

A Career as Miss Excel

The now 28-year-old has embraced her new TikTok persona as “Miss Excel,” and continues to take a creative approach to her videos, which still feature music and a party vibe as the backdrop to present detailed Excel info.

Norton says she only works about 20 hours a week, but she definitely sweats the details when it comes to her presentation of the Excel material.

She knows her audience, which is 18-35 with a heavy international element, and she’s developed her own philosophy as an entrepreneur. Norton strongly believes that learning Excel is a visual experience, and she structures her course accordingly while keeping her overhead low.

Presumably, Norton has moved out of her childhood bedroom, and she has an idyllic life as Miss Excel. She does have a boyfriend, but Norton knows the power and the limits of social media, so she’s taken pains to keep that part of her life private. 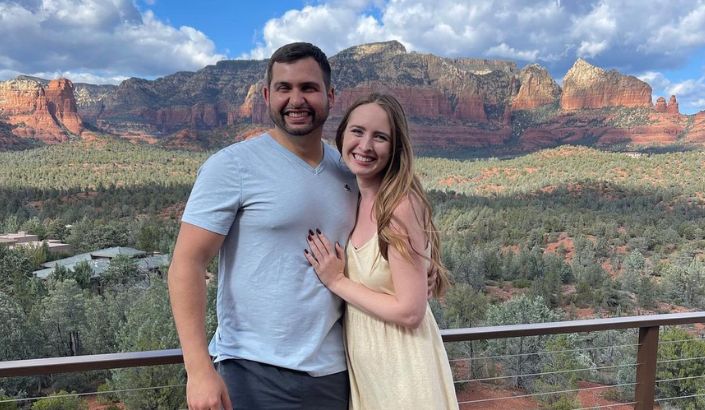 It wouldn’t be surprising to see her expand into other business offerings, but Norton has found her happiness as a TikTok Excel influencer, so for now, she’s focused on her core business.