‘Mindhunter’ Renewed For A Second Season On Netflix 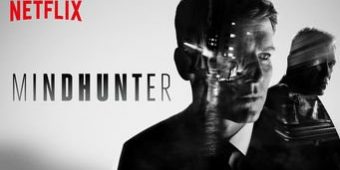 Netflix’s, crime series Mindhunter, has been renewed for a second season, according to Deadline.

The 1970s crime drama series was created by Joe Penhall and is based on former FBI Agent John E. Douglas’ book Mindhunter: Inside the FBI’s Elite Serial Crime Unit. The show is produced by David Fincher and Charlize Theron.

In the book, the Mindhunter takes readers behind the scenes of gruesome and challenging cases, including some of the Atlanta child murder, and Seattle’s Green River killer, the case that almost got Douglas killed.

The first season of Mindhunter premiered in October and received positive reviews from critics, with a 96% rating on on Rotten Tomatoes.

“I would hope that as human beings we would make ourselves available to helping people who are in need. But the reason these predators continue to fascinate us is that we want to write this behavior off as madness,” Fincher said in an interview with Esquire. “Yet to be a serial killer, you have to kill at least three people—which means you have to not get caught with the first two. For that to happen, you have to be fairly thoughtful in premeditation. It’s the hiding in plain sight. That’s the thing that I find terrifying about them,” he said.

You can watch Mindhunter Season 2 trailer below:

We’re not sure when Mindhunter Season 2 will be released on Netflix, but we’ll be sure to keep you updated. Until then, you can watch the first season of Mindhunter on Netflix now.