Daughter of the world-renowned intellectual Jordan Peterson, Mikhaila Peterson is an influencer, podcaster, and blogger known for The Lion Diet. Her podcast is dedicated to discussing issues such as health, lifestyle, cultural phenomena, and subjects that are often taboo. As of 2023, Mikhaila Peterson has an estimated net worth of $1 million.

Mikhaila was born on January 4, 1992, and was raised in Ontario, Canada. She is the only daughter of Jordan and Tammy Peterson. She grew up with a younger brother named Julian.

Mikhaila had a difficult upbringing, as she was hospitalized at an early age because of severe joint pain and other ailments. Later on, she was diagnosed with OCD, bipolar disorder, and severe depression. Despite this, she worked hard for her education.

She studied Psychology and Classics AT Montreal Concordia University. Then she pursued make-up artistry and went to Ryerson University to get a degree in Biological and Biomedical Sciences.

Because she suffered from various medical conditions, Mikhaila took different medications, but none of them worked. So, she decided to modify her diet and now only eats meat such as lamb, beef, and pork.

Peterson called it ‘The Lion Diet’ and allegedly cured her depression, rheumatoid arthritis, and other chronic illnesses. Based on the diet’s success, she planned to spread it to as many people as possible. She used her Instagram page to preach her message and started a personal blog in 2018.

The following year, Mikhaila became the CEO of Luminate Enterprises which is a holding company for six other subsidies in industries such as app development, publishing, touring, and brand management. Her online presence is gradually progressing and has over 600,000 Instagram followers.

In 2019, Peterson started uploading videos to YouTube and continued to speak about her carnivorous diet. A year after starting the channel, she created a podcast, appropriately named The ‘Mikhaila Peterson Podcast’.

The show brings together health specialists and scientists to discuss pressing issues. However, occasionally she invites other content creators to comment on current events.

Peterson also has a series named ‘Opposing Views’ that examine both sides of controversial topics. Her family, particularly her father, is frequently invited to appear in the videos. The YouTube channel has 769,000 subscribers and has over 115 million lifetime views.

Mikhaila is expected to bring in between $2,200 to $35,700 annually from YouTube ad revenue. Her channel’s subscriber count is steadily rising so that figure is projected to grow in the coming years. She also gets extra income from promoting products on her Instagram account.

As a famous blogger, it is estimated that she can make up to $40,000 per year. Furthermore, her prominent position in Luminate Enterprises should give her a comfortable six-figure salary. Though her income as CEO isn’t disclosed, her net worth is estimated to be $1 million.

Peterson was once married to Russian-born businessman Andrey Korikov. They have a daughter together named Elizabeth. Around the time their child was born, the relationship was already a bit shaky. In 2021, Mikhaila announced on social media that she was getting a divorce. She married Jordan Fuller in June 2022 after a relatively short time dating and her father officiated the wedding. 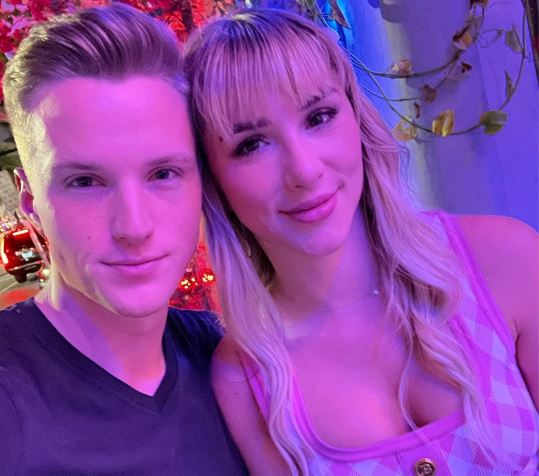