Marvel Should Really Get Around To Making A Black Widow Movie 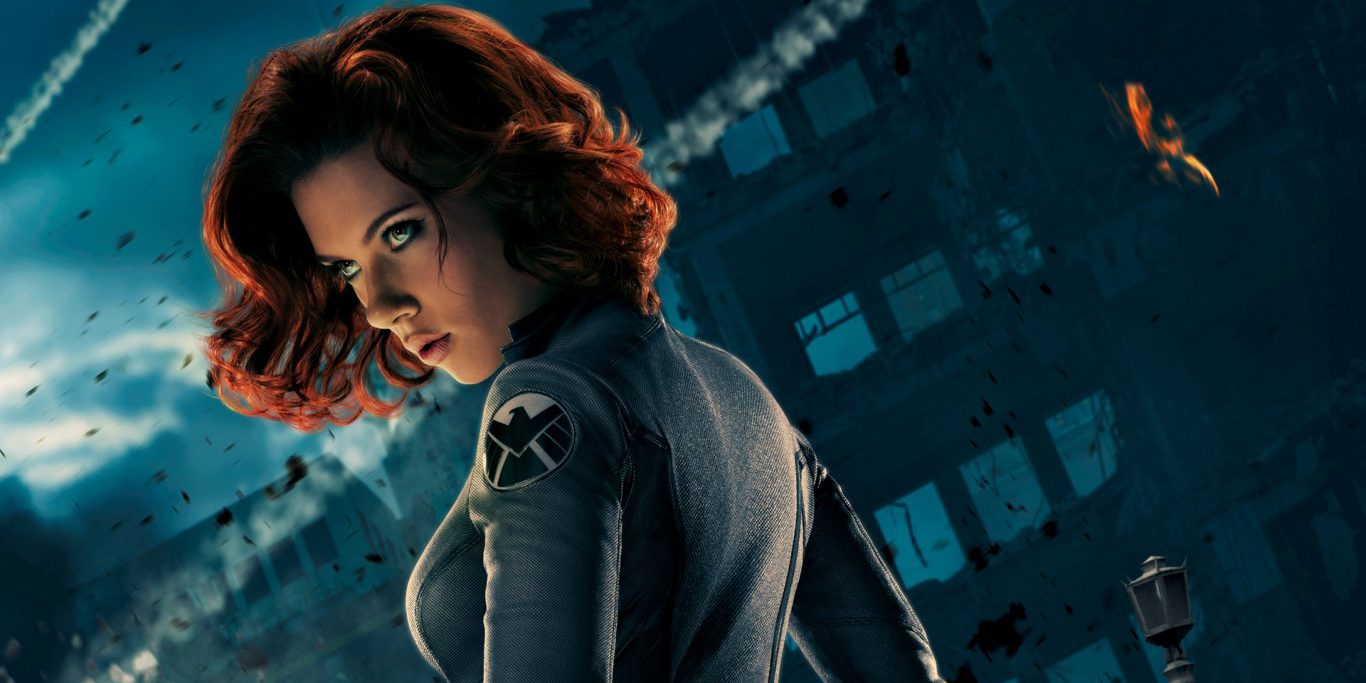 The Marvel movies, which is to say the movies that make up the Marvel Cinematic Universe, genuinely changed the face of the film industry. The movie machine at Marvel is a behemoth, churning out a few movies a year, but not sacrificing quality to do so. Characters pop up in one another’s movies, including the keystone Avengers movies, but most of them have gotten a chance to get their own “solo” project, or at least a headlining film. However, that hasn’t been true of every Marvel character, and that includes Natasha Romanoff, aka Black Widow.

I am not the first to broach the subject of a Black Widow movie. The character, portrayed by Scarlett Johansson, has been particularly prominent in the MCU ever since she first popped up in 2010’s Iron Man 2. As of this moment, Black Widow, who is an Avenger, has been in five Marvel movies. She’s always been second — if not third — fiddle, though. Marvel churns out Iron Man and Captain America vehicles, and with good cause, but Black Widow has not gotten her own feature yet. This is something that could, and probably should, be amended.

There is no real practical argument for why there can’t be a Black Widow movie. This is especially true in the wake of Wonder Woman. The Gal Gadot-starring film has smashed records and been a critical darling as well. While an argument that a female-fronted superhero movie was a risky venture would have always felt icky, prior to Wonder Woman it could have been made with some justification. The film business is, after all, a business. Wonder Woman‘s success has shattered that argument though. We have vivid proof that a superhero movie about a female character can be a winner. Sure, you could argue that Wonder Woman is a more-prominent character than Black Widow, but, again, I turn your attention to the five smash-hit Marvel movies she has been in.

For starters, this would be a stripped down movie for Marvel. While we’ve heard talk that there are going to be dozens of characters in Avengers: Infinity War, this idea requires basically nobody else but Black Widow. This is partially a logistical matter. Black Widow is a superspy and assassin with tremendous physical dexterity. She’s an excellent fighter and a weapons ace. However, she isn’t a superhero like many of her compatriots. Black Widow isn’t as powerful as, say, Thor, or even Captain America. As such, it might require too much suspension of disbelief for Black Widow to be heading a mission if somebody like Steve Rogers is also around. The fact is somebody like Iron Man would overshadow Black Widow, which wouldn’t be good in a Black Widow movie. Maybe Hawkeye can show up briefly, if you want, but other than somebody like Nick Fury popping up, the movie should focus on Black Widow, and what she does well.

A smaller movie doesn’t have to be any less exciting or intense. I see a Black Widow movie in the mold of a Die Hard or a The Raid. Contained, gritty, and quite different than the giant,explosion-heavy Marvel movies we’ve been seeing. Those movies are cool, but this is a chance to do something different. This sort of idea would showcase Black Widow’s particular set of skills. Here’s a hypothetical plot. Fury reaches out to Natasha with some sort of task. The sort of thing you wouldn’t bring to, say, Captain America. Part of the character backstory for Black Widow is her morally murky past, which would make her the perfect person to tap for a mission in a gray area. You give her a McGuffin to chase, and you put that McGuffin in a compound or building of some kind. Put her up against some formidable villains, but not the kind with superpowers. You could likely tie this into the MCU in some way. Maybe Justin Hammer, the quasi-villain from Iron Man 2, could be involved, as that would be fitting as that was Black Widow’s debut. Of course, Iron Man 2 is also not the most-beloved Marvel movie, but maybe this is a way to redeem it.

Then, the movie would just be Black Widow fighting her way in, and out, of the compound or building or what have you. It would be immensely action heavy, and could perhaps even get a little more visceral than the other Marvel movies. I’m not saying it becomes John Wick, but maybe it could be “hard PG-13,” if you know what I mean. While this might not showcase Johansson’s acting chops to a great degree, you can forget about the Oscar buzz, it would still be right up her alley, as we know she can play a kickass movie heroine. The Black Widow movie could be a less silly version of Lucy.

Obviously, this is more in the vein of The Raid than Die Hard, but by this point you know what a “Die Hard in a…” movie is all about. Black Widow finds herself in the wrong place at the wrong time, and has to take down some bad guys, do some good, and save the day. This, honestly, could be an even better way to use Hammer, because he would step into a Hans Gruber-type role quite well. Additionally, this would also let Johansson be an action star in the more traditional sense, although it would be great to just watch her beat up a bunch of bad dudes.

This is a movie I would want to see, and I imagine I’m not the only one. It’s a smart vehicle for the character of Black Widow, and for Johansson as an actress, and it would be a smart move for Marvel as well. People flipped for Logan, and while Marvel may not want to go that far in terms of violence, a movie in that vein would be an exciting change of pace. However, this is only one of assuredly several good ideas for a Black Widow film. Many of them would likely be on the cheaper end of things, at least for a blockbuster movie. While the Marvel movies are generally good, you could accuse them of succumbing to bloat from time to time. This would be the opposite of a bloated movie. It’s fun to watch the Avengers assemble to fight aliens or evil robots. It would also be fun to watch Black Widow take on a bunch of humans and beat them down. There’s still time for Marvel to make a Black Widow movie. At this point in time, there’s really no excuse for them not to take the plunge.