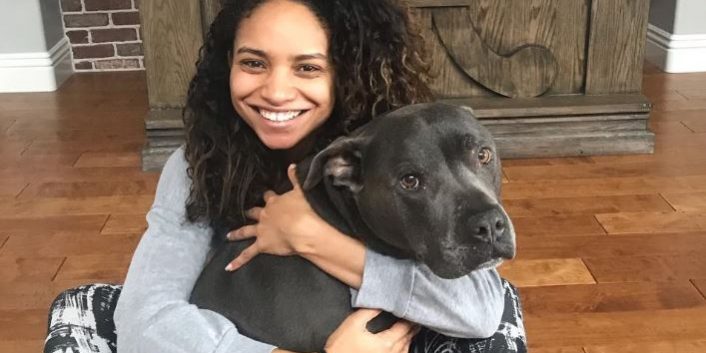 Whether you are a fan or not, the chances are that you will have heard of Line of Duty, thanks to Series Six starting. The main man of the series is DS Steve Arnott, which, whilst he is a heartthrob of the series on-screen, off-screen is a happily married man.

Want to know more about the woman in Martin’s life? Here are 5 facts that you may not have known about Tianna Chanel Flynn.

1. She is an actress herself

They say that actors usually find a partner in the same industry because they understand precisely what the other has to go through on a day to day basis. This is true for Martin and Tianna. Tianna herself is an actress and has appeared in a variety of shows. This includes the Secret Diary of an American Cheerleader. However, this was back in 2012, and now she seems to have moved away from acting into a new career.

2. She is also an estate agent

Aside from being an aspiring actress, Tianna also works in Las Vegas as an estate agent, although she is never far away from her love of acting, and even had a cameo in her husband’s show.

Martin and Tianna met in LA at the Hudson Hotel. It was during this time that she was working as a nightclub manager. They quickly hit it off and were married in 2016. Rather than marrying in America, they decided to get married in Greenock, Renfrew in the Compston Family Chapel. Both of the happy couple families formed a key part of the entire day, as the bride was walked down the aisle by not only her father, an ex-soldier, who is Irish, but also her American stepdad.

Oh my god I have ONLY just remembered that the dating profile Steve Arnott finds, Tina, is @martin_compston’s wife! Amazing.#LineOfDuty pic.twitter.com/2QKrM6xYKd

4. They live in Las Vegas

Whilst the couple were happy enough to get married in the UK, it seems that their home is definitely the other side of the pond. They live in a stunning home in Las Vegas, which although being in one of the world’s biggest tourist traps, is actually, for them, a quiet slice of Suburban life.

Albeit one that comes with a fantastic pool that the couple, their friends and their family can use.

Of course, the baby has since arrived, but little is known about the gender, name, or other details, apart from Martin sharing how they are raising the baby in their Las Vegas home.

We love nothing more than seeing a couple who are happily married and very much in love, and this is definitely true for Line of Duty star Martin and his gorgeous wife, Tianna!