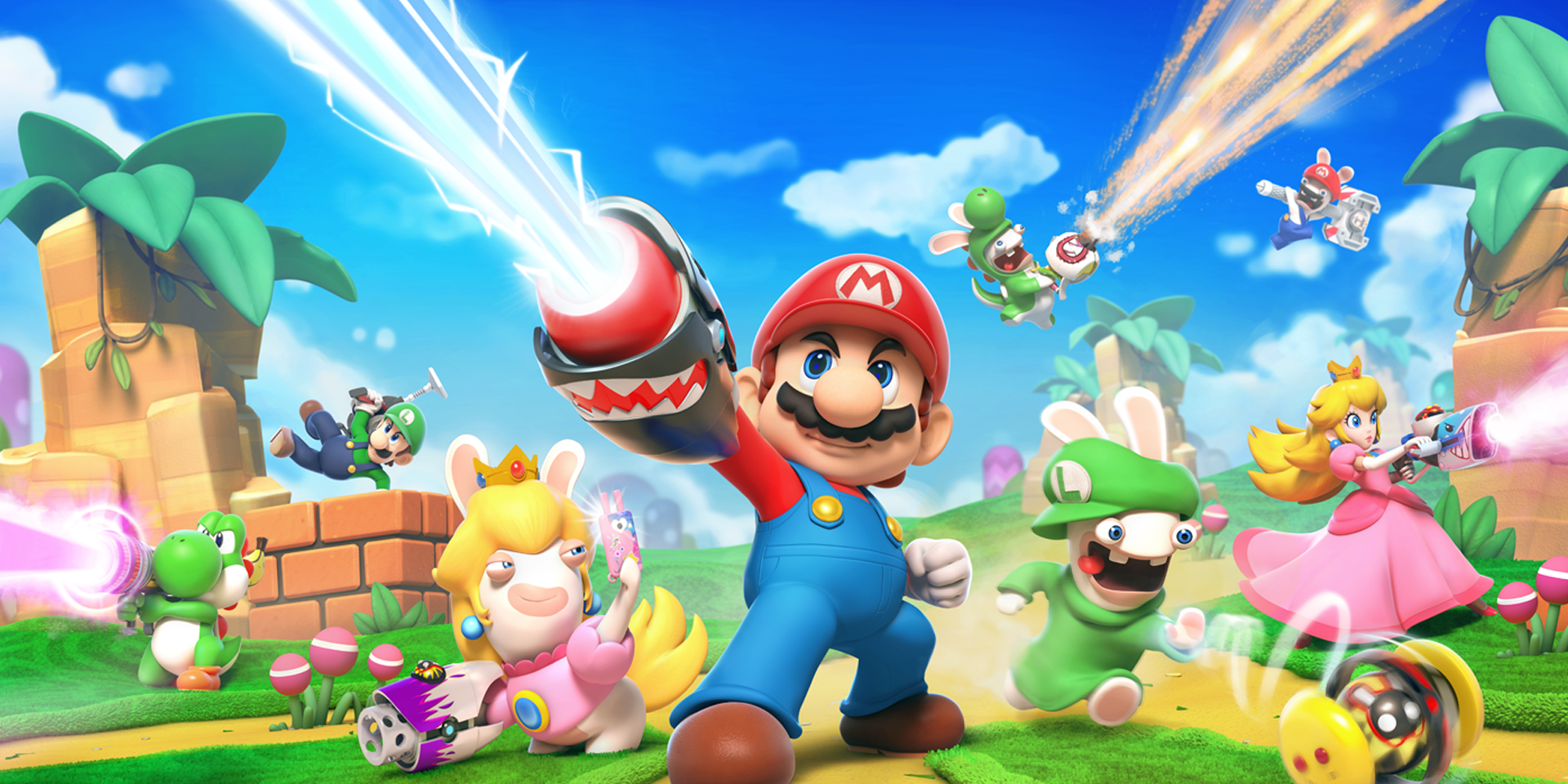 I never thought I’d be singing the praises of a strategy game starring Mario and the Rabbids, but here we are. Mario + Rabbids Kingdom Battle for Nintendo Switch is a fun, challenging mashup that delivers the unique personality and goofball humor of both properties.

The action begins when the Rabbids accidentally invade the Mushroom Kingdom, along with a SupaMerge helmet that allows its wearer to merge any two objects. The Rabbids do what Rabbids do — inflict havoc on anything and everything. To make matters worse, the Rabbid wearing the SupaMerge helmet has created hilarious Rabbid-itized versions of several familiar Mario characters, including a vapid, selfie-taking Rabbid Princess Peach and boss character Rabbid Kong.

As your team of three characters (starting with Mario, Rabbid Princess Peach, and Luigi Rabbid, with more character options opening up as you play) tracks down the SupaMerge helmet through four different worlds in the Rabbid-ridden Mushroom Kingdom, you’ll face off against enemies in creative turn-based combat. Each character is allowed to move, use a weapon, and activate a special ability once per turn, with primary weapons consisting of energy guns and secondary weapons being unique to the character (such as a hammer for Mario and a sentry drone for Luigi). Collect coins in combat and while exploring the environment between matches to purchase weapon upgrades.

Teamwork between your characters is essential to winning matches. For example, one character can toss another high in the air to land on elevated areas and some characters have area-of-effect abilities such as Rabbid Princess Peach being able to heal other characters within a close radius. Working out how to use characters together is a charming challenge, and even though the game looks simple with its cartoonish art style, it’s definitely not.

My main gripe with Mario + Rabbids Kingdom Battle is that there isn’t much diversity in weapon upgrades except for damage stats. There are long-distance specialists and short-range brawlers, for example, but all characters use a ranged weapon as their primary — which, not only doesn’t make much sense for the Mario universe’s cadre of characters, but seems to undercut each character’s uniqueness. When you purchase a new weapon for a character, it’s going to have better stats and maybe a cool secondary effect (like springing an enemy backward), but the weapon is otherwise pretty much the same.

That said, it’s a minor complaint in the greater scheme of things, as the gamut of new environments, enemy types, and bosses keep the story and action moving at a quick pace. Mario + Rabbids Kingdom Battle is equally fun played solo or co-op, and epitomizes a strategy game that demands “just one more turn” at 2am in the morning.