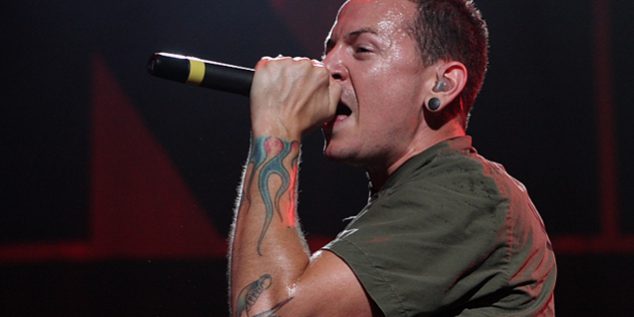 Linkin Park frontman Chester Bennington has committed suicide, according to TMZ. Law enforcement told TMZ that the singer hanged himself at his residence in L.A. on Thursday, July 20. Bennington struggled with drug and alcohol addictions throughout his life. He was married and with 6 children from 2 previous marriages.
Linkin Park recently released One More Light, which became a hit on the Billboard charts. The band also released a music video for Talking to Myself on Thursday morning. The band is known for their hit songs, such as Faint, In the End, and Crawling.

Bennington was close with Soundgarden’s Chris Cornell who committed suicide by hanging himself after performing with his band on May 17, 2017. After the news broke, Bennington wrote a tribute to his lost friend on Twitter. In the letter Bennington wrote,“Thoughts of you flooded my mind, and I wept,” he wrote. “You have inspired me in many ways you never could have known…I can’t imagine a world without you in it. I pray you find peace in the next life.”