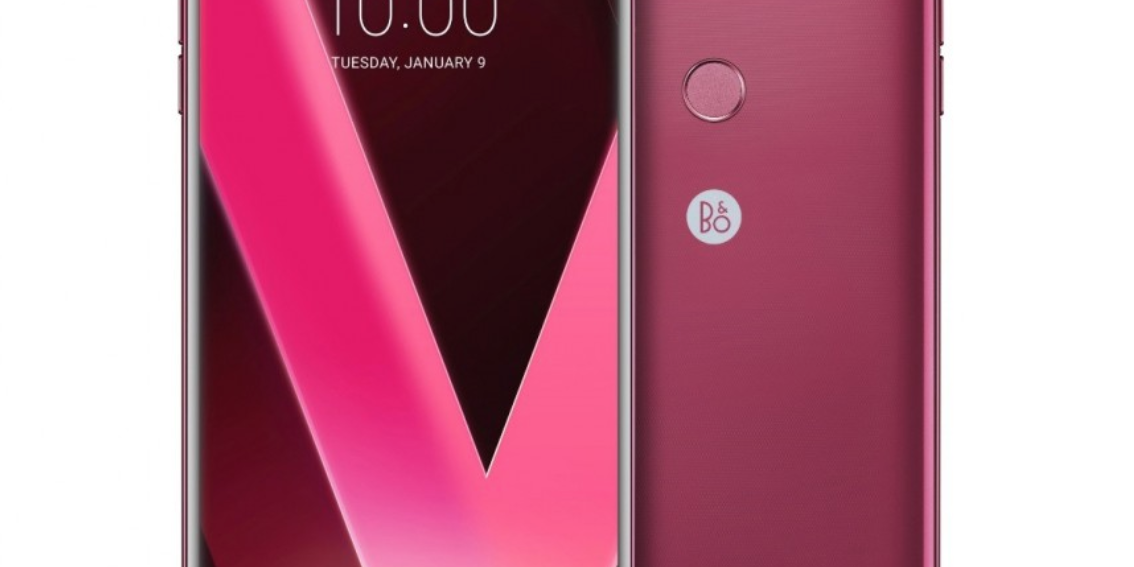 In terms of specs, the LG V30 Rasberry Rose edition phone sports a 6.0-inch 2880×1440 FullVision screen, Snapdragon 835, 4GB of RAM, and a 3,300 mAh battery, The device also has a dual rear camera setup for taking high-quality photos. The LG V30 phone has a Hi-Fi Quad-DAC audio system so you’ll love listening to music on this device.

LG’s new LG V30 Raspberry Rose edition phone will be shown off at CES next week.

You can also record and edit videos with LG Cine Effect and the Quick Video Editor. There are more than 16 color-grading presets to choose from so you can pick one that suits your mood. You’ll have the ability to control the colors, balance, saturation, brightness, curves, and can create masks using Adobe Premier, Davinici, and Baselight.

The LG V30 is IP68 dust and water resistant. This means the phone can be submerged in at least 1.5 meters of water for up to 30 minutes. Even though the company put the device through a ton of drop tests, you’ll still have to be careful because glass… is still glass.

When will LG release the LG V30 Raspberry Rose edition? LG will launch its LG V30 Raspberry Rose edition in Korea shortly after CES, with “key markets” in Europe and Asia to follow. (There’s no word yet on when or if this model will be sold in the United States.) The South Korean company is selling its 64GB LG V30 on its site for $840 outright. Lastly, the 128GB LG V30 version costs around $885.