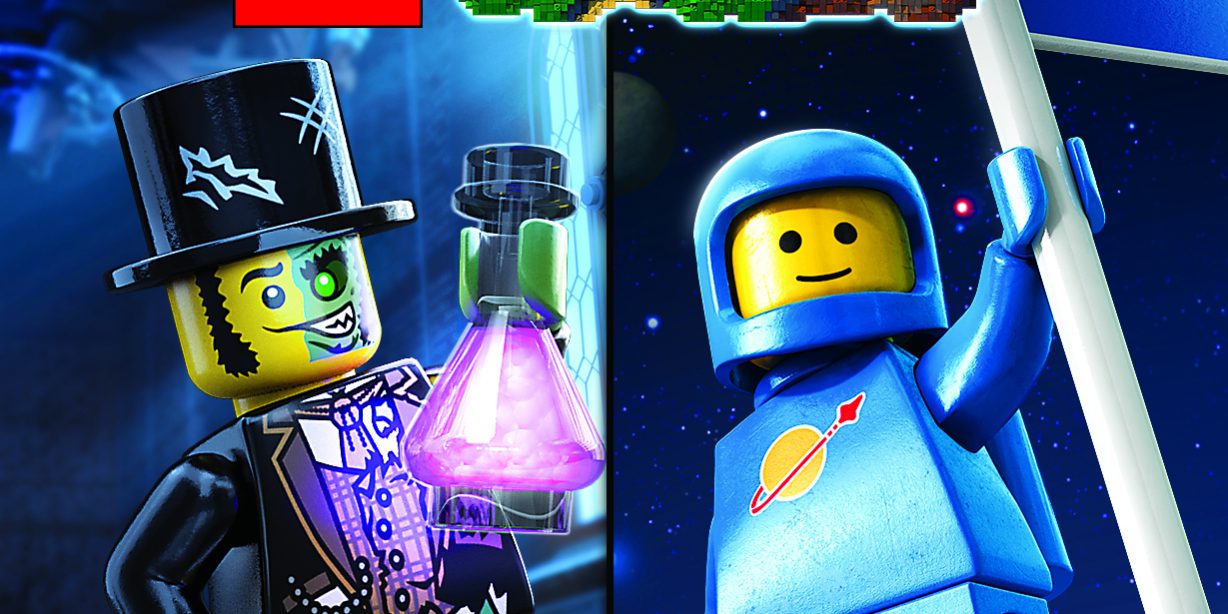 Released earlier this year, LEGO Worlds combined the personality and charm of TT Games’ licensed, story-driven LEGO adventures with the creativity-encouraging sandbox of a Minecraft-like construction game. While it took some time for the title to stand out from the competition, Warner Bros. Interactive Entertainment‘s continued support for it has seen it grow a strong, dedicated community of plastic brick-loving gamers. That faithful following is in for a fright-filled treat, as LEGO Worlds second DLC pack, dubbed “Monsters”, drops this October.

The $3.99 download will add Monster Town, a mysterious place brimming with creepy quests, scary creatures, haunted houses, and spine-chilling vehicles. According to the reveal announcement, the monster-populated metropolis is a peculiar place that celebrates Halloween every single day, but the frightful festivities are disrupted by delinquent zombies. For players, this means utilizing their construction skills to scare away the undead hordes and repair the damage they’ve done to the town.

LEGO Worlds is currently available on PlayStation 4, Xbox One, and PC (Steam), but will also be hitting the Nintendo Switch on September 5th. “Monsters” is the game’s second DLC pack, following last month’s “Classic Space” expansion.