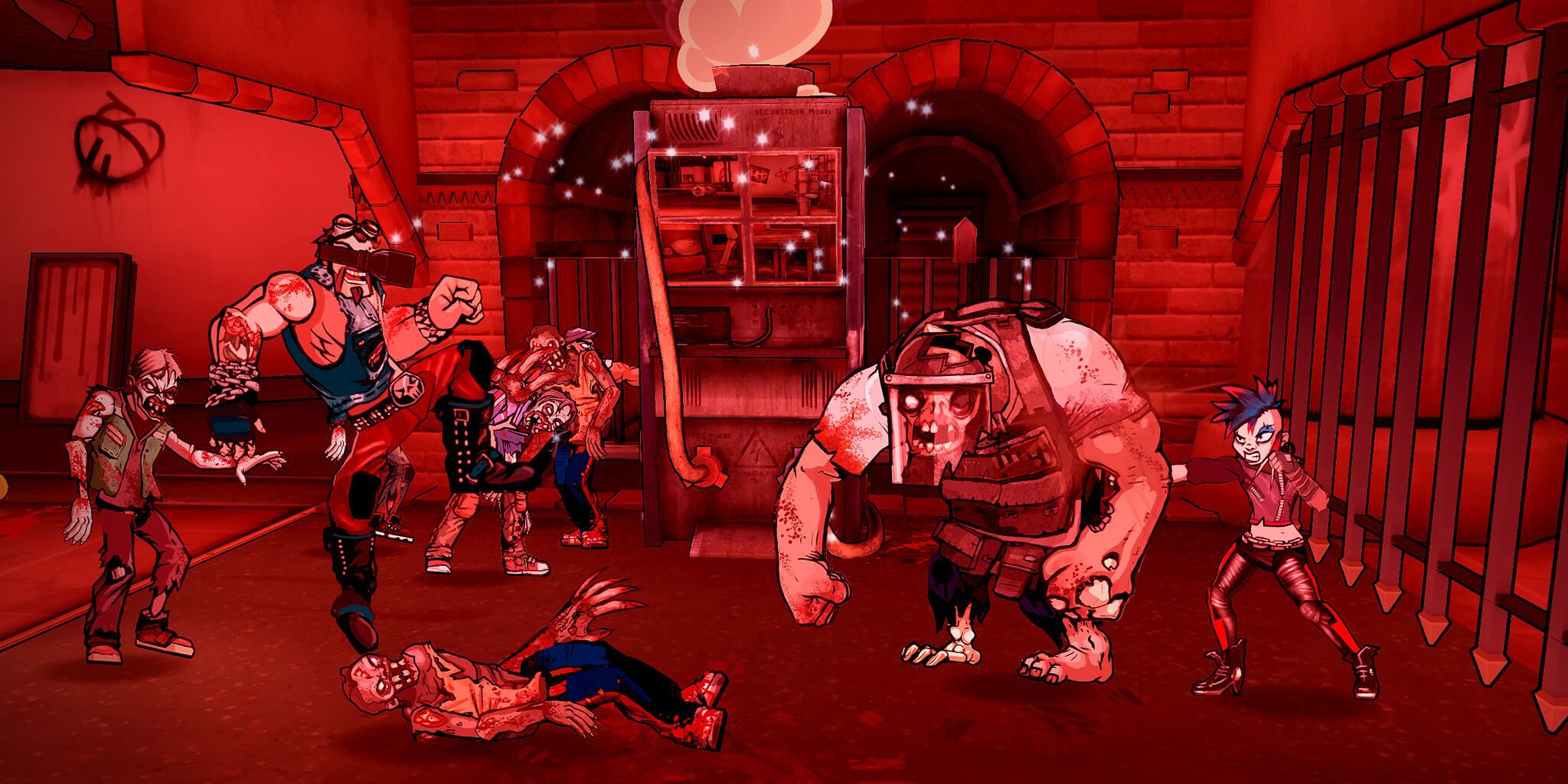 Zombie shooters are a dime a dozen, but publisher nDreams and developer Paw Print Games are aiming to put a fresh spin on the rotting corpse genre withBloody Zombies. A one-to-four player co-op brawler, the grisly game is designed to be played with any combination of TV and VR-equipped players, online or from the comfort of the couch. In terms of story, this latest corpse-carving romp is set in an alternate universe London, where the brain-craving masses have made themselves at home. As a quartet of badass Brits, players must work to together to crush the crazed horde.

Paw Print Games’ co-founder and director, Anthony White, describes the game as “a classic co-op brawler but with a new twist where VR players and non-VR players can battle the undead together, either online or couch co-op. Think Streets of Rage and Castle Crashers on amphetamines, throw in some friends, add in the unique viewpoint when playing in VR and Bloody Zombies is like no other game out there!”